In 1898, Britain leased Hong Kong from China for 99 years. The territory returned to Chinese rule in 1997.

In 1934, Donald Duck made his first screen appearance in "The Wise Little Hen."

In 1973, Secretariat won racing's Triple Crown with a spectacular victory in the Belmont Stakes, first horse to do so since Citation in 1948. Earlier, Secretariat had captured the Kentucky Derby and the Preakness.

In 1984, an Italian prosecutor's report linked the Bulgarian secret service to the 1981 assassination attempt on Pope John Paul II. Three Bulgarians were indicted but a trial failed to prove charges against them.

In 1998, Gen. Abdulsalam Abubakar was sworn in as Nigeria's military ruler, one day after the death of Gen. Sani Abacha of a heart attack.

Also in 2003, North Korea said it needed to develop nuclear weapons to save costs by reducing conventional forces and had no plan for nuclear blackmail.

In 2004, the body of former U.S. President Ronald Reagan was flown to Washington for a state funeral. Earlier, more than 100,000 mourners paid their respects at the Reagan presidential library in California.

In 2005, after weeks of protests, Bolivian President Carlos Mesa resigned.

In 2006, the new Iraqi Cabinet was completed with the appointments of ministers of defense, interior and national security.

In 2007, thousands took to Rome's streets to protest U.S. President George W. Bush's visit, clashing with police, who responded with tear gas. The following day, Bush was greeted with enthusiasm when he became the first U.S. president to visit Albania.

Also in 2008, a human rights group charged that the Zimbabwean government was responsible for at least 36 political killings ahead of a presidential runoff election between President Robert Mugabe and challenger Morgan Tsvangirai.

In 2009, 10 major Wall Street financial firms, including Goldman Sachs, JPMorgan Chase and Morgan Stanley, received permission from the U.S. Treasury to repay a portion of the government issued, taxpayer-funded bailouts they had received.

Also in 2009, militants struck a luxury hotel in Peshawar, Pakistan, with guns and a car filled with explosives, killing 11 and wounding many others.

In 2010, the United Nations passed another set of sanctions against Iran's nuclear program, a move strongly supported by U.S. President Barack Obama.

Also in 2010, U.S. Federal Reserve Chairman Ben Bernanke warned members of a House budget panel that the country's finances were "on an unsustainable path."

In 2011, the U.S. Supreme Court ruled 6-3 that fleeing from police can be considered a violent felony when sentencing a defendant to a more lengthy prison term.

A thought for the day: Henri-Frederic Amiel defined charm as "the quality in others that makes us more satisfied with ourselves."

Odd News // 16 hours ago
Artist carves 168-link chain from the graphite of a single pencil
Sept. 30 (UPI) -- An artist in Taiwan was awarded a Guinness world record for an unusual piece of sculpture -- a chain of 168 links carved from pencil graphite.

Odd News // 18 hours ago
Moose visits Idaho middle school while classes are in session
Sept. 30 (UPI) -- An Idaho middle school had to devise a special plan to release students from the building when the campus played host to an unexpected guest -- a moose. 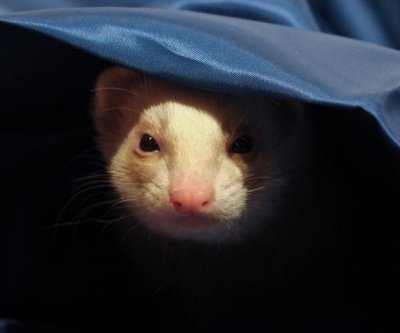 Odd News // 20 hours ago
Escaped pet ferret climbs into bed with surprised stranger
Sept. 30 (UPI) -- A ferret that escaped from his owner's home in England was found early the next morning when he wandered into a stranger's home and climbed into bed with a resident.

Odd News // 22 hours ago
Man discovers ring lost in 1995 had been found years ago
Sept. 30 (UPI) -- A Canadian man who lost his gold ring -- a gift from his late mother -- during a day at the lake in 1995 learned it had been found by a man with a metal detector more than two decades ago.