Man finds turtle with son's initials on it

SOUTH STRABANE, Pa., May 5 (UPI) -- A Pennsylvania man said he recently found a live turtle his son carved his initials into 47 years ago.

Holland Cokeley, 85, was walking in the woods behind his South Strabane home with his neighbor's dog when the dog found the turtle, KDKA-TV, Pittsburgh, reported Friday.

In 1965, Jeff Cokeley, then 13, carved "JC" and "1965" on the turtle's bottom shell and then released it back into the wild. He now lives in New York but laughed when his father sent him a picture of the turtle, Holland Cokeley said.

Experts say some eastern box turtles can live for 100 years.

Holland Cokeley said he kept the turtle for a few days, then released it.

Odd News // 18 hours ago
Whale swallows lobster diver, rejects him as meal
June 12 (UPI) -- A Massachusetts lobster diver survived being swallowed up and then spat out by a humpback whale off the coast of Cape Cod, giving him about 40 surreal seconds in the mouth of the large marine animal. 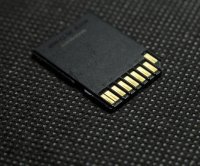