SOFIA, Bulgaria, April 23 (UPI) -- The director of the National History Museum in Bulgaria said an ancient Greek vase depicting an "unconventional" sex scene was unearthed in a coastal town.

Bozhidar Dimitrov, director of the National History Museum in Sofia, said the vase was discovered by archaeologists working in along the fortified wall of Sozopol, along the coast of the Black Sea, the Sofia Echo reported Monday.

Experts said the work appears to have been made by the Artist of the Running Satyr, a prominent artist of the period around the 6th and 7th centuries B.C.

Odd News // 43 minutes ago
Deer rescued while swimming with bucket over head
Nov. 23 (UPI) -- An animal rescuer in New York state came to the assistance of a deer spotted swimming in the Long Island Sound with a paint bucket stuck over its head. 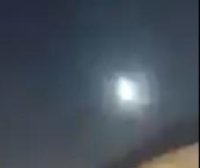