In 1889, the Eiffel Tower was dedicated in Paris in a ceremony presided over by its designer, Gustave Eiffel, during the Universal Exhibition of Arts and Manufacturers.

In 1918, daylight saving time went into effect in the United States for the first time.

In 1948, the U.S. Congress passed the Marshall Aid Act, a plan to rehabilitate war-ravaged Europe.

In 1954, the U.S. Air Force Academy was established at Colorado Springs, Colo.

In 1959, the Dalai Lama fled Chinese-occupied Tibet and was granted political asylum in India.

In 1971, U.S. Army Lt. William Calley was sentenced to life in prison for his part in the deaths of 22 Vietnamese civilians in what was called the My Lai massacre.

In 1991, the Warsaw Pact formally ended as Soviet commanders surrendered their powers in an agreement between pact members and the Soviet Union.

In 1992, the U.N. Security Council voted to impose air traffic and weapons sanctions against Libya for not surrendering six men wanted by the United States, Britain and France in the bombings of a U.S. jetliner and a French plane.

In 1994, a state of emergency was declared in the South African Zulu homeland of KwaZulu following deadly fighting before the country's first universal-suffrage elections.

In 1998, the U.N. Security Council voted to impose an arms embargo on Yugoslavia after unrest in the Serbian province of Kosovo turned violent.

In 2001, Serbian police and security forces attempted to arrest former President Slobodan Milosevic at his home in Belgrade on charges of corruption while in office. Supporters forced a stand-off that lasted until the next day when Milosevic surrendered.

In 2003, Iraqi Foreign Minister Naji Sabri called on U.S. and British forces to withdraw immediately from Iraq because Iraqis were determined to "inflict the final defeat."

In 2005, Terri Schiavo, a 41-year-old Florida woman in a persistent vegetative state since 1990, died, 14 days after removal of her feeding tube amid a legal struggle over her fate reaching to the White House and the U.S. Supreme Court.

In 2006, rescue workers searched for victims of a capsized cruise boat during a Persian Gulf party. Fifty-seven people were reported dead and 67 rescued.

In 2010, U.S. President Barack Obama announced an expansion of offshore development and exploration on the Atlantic coast and the Gulf of Mexico and support for areas of Alaska's North Slope as part of a broad new energy security plan.

In 2011, despite investor worries about the economy, notably housing problems and rising oil prices, and a devastating earthquake and tsunami in Japan, the U.S. stock market rallied in the second half of March for its best first quarter in 12 years.

A thought for the day: J.W. Fulbright said, "In a democracy dissent is an act of faith. Like medicine, the test of its value is not in its taste, but in its effects."

Odd News // 10 hours ago
Woman finds snake slithering under vacuum in her cupboard
Feb. 24 (UPI) -- A London woman looking for a pair of shoes in a cupboard inside her apartment found something far more startling -- a snake. 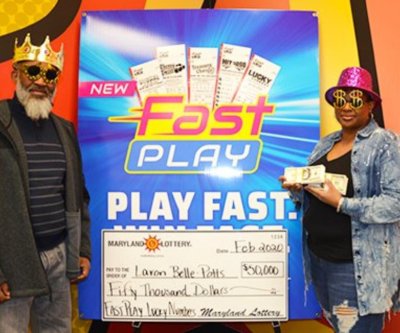 Odd News // 13 hours ago
Bayou explorer ends up trapped in Houston sewer
Feb. 24 (UPI) -- Firefighters in Houston shared photos from the rescue of a man who went exploring in the bayou and ended up trapped in the city's sewer. 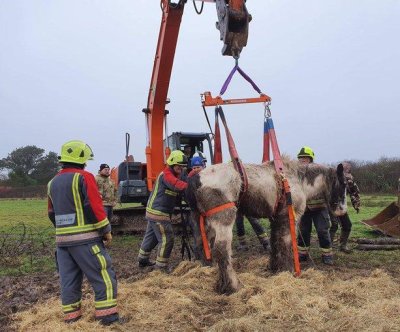