FLINT, Mich., March 19 (UPI) -- A Michigan judge who paid a $50 outstanding parking ticket from 12 years ago said he was unaware of the fine until asked about it by a reporter.

Genesee Circuit Chief Judge Archie Hayman, who paid the fine Friday, said he didn't know about the outstanding parking ticket until a Flint Journal reporter asked him about it Thursday afternoon, the newspaper reported.

Hayman said he looked into the matter and court records indicated the case had been closed, but he paid the $50 because it was "the right thing to do."

The Journal said Hayman was one of three Genesee County judges whose outstanding parking tickets combined totaled more than $500. The other judges were Herman Marable Jr. and Tracy Collier-Nix.

Marable said he paid the tickets Thursday and had waited to address the fines because he thought the city attorney's office was going to dismiss them. Collier-Nix said she was unaware of the tickets, which date from before she was a judge, and pledged to pay them.

Odd News // 1 minute ago
Lost hiker ignored rescuers' calls, assumed unknown number was spam
Oct. 26 (UPI) -- A Colorado search and rescue team said a hiker lost on a mountain trail for about 24 hours didn't answer phone calls from the team because they assumed the calls were spam. 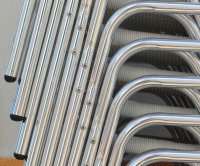 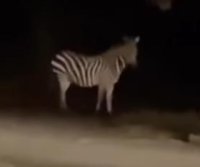 Odd News // 2 hours ago
Louisiana neighbors surprised by wandering zebra
Oct. 26 (UPI) -- Residents of a rural area in Louisiana captured photos and videos when a zebra that was unhappy about its new pasture went for a run on the loose.

Odd News // 22 hours ago
Police rescue dog from Florida canal
Oct. 25 (UPI) -- Police in Florida came to the rescue of a dog that fell into a canal and found itself unable to climb out without assistance.

Odd News // 22 hours ago
Michael Jordan's rookie year shoes sell for record $1.47M
Oct. 25 (UPI) -- A pair of Nike shoes worn by Michael Jordan during his rookie season with the Chicago Bulls sold for a record-breaking $1.47 million at a Las Vegas auction.

Odd News // 23 hours ago
Lithuanian man sits in ice for 3 hours to break world record
Oct. 25 (UPI) -- A Lithuanian man put his endurance to the test by spending 3 hours and 1 minute submerged up to his neck in ice to break a Guinness World Record. 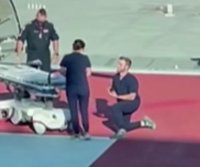 Odd News // 1 day ago
ER nurses get engaged in elaborate hospital roof proposal
Oct. 25 (UPI) -- A pair of ER nurses who fell in love at the Georgia hospital where they both work became engaged in an elaborate proposal on the roof of the building.