In 2010, maintaining its strenuous protests of U.S. arms sales to Taiwan, China warned of sanctions against American companies participating in the deal.

Also in 2010, self-help guru James Arthur Ray was charged in Flagstaff, Ariz., with manslaughter in three deaths during a two-hour "spirit cleansing" ceremony in a hot, packed sweat lodge. 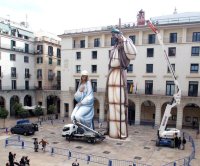