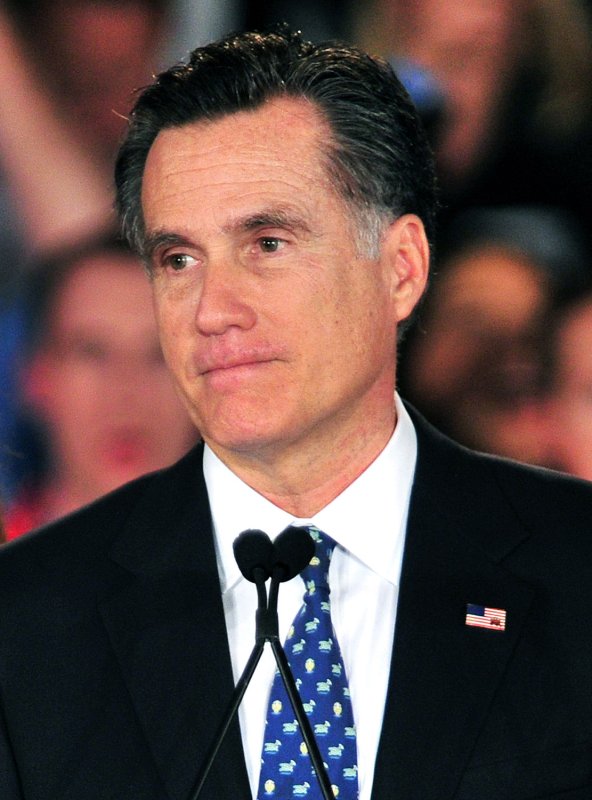 The organization, which calls itself Patriots for Self-Deportation, launched a satirical Web site Tuesday mocking Romney's endorsement of self-deportation in response to questions about the best way to get undocumented immigrants out of the United States.

The group mockingly said in a statement released Tuesday it wishes to "set an example of responsible citizenship," by encouraging "patriotic" citizens to self-deport if their ancestors came to the country illegally.

"A surprising number of authentic patriots have found in their own genealogical searches that one or more of their ancestors came here or stayed here illegally, and yet continued to make a living in this country and have children who in turn became instant citizens," said spokesman Stephen Winters. "Some patriots, faced with this moral dilemma, have decided to set an example for others. Knowing that their own presence in this country is not on moral solid ground, they have decided to demonstrate the highest level of civic dedication and sacrifice, and engage in self-deportation."

The Web site, www.selfdeport.org, helps Americans determine whether their ancestors came to the United States legally, and decide which country to return to if several ancestors came over illegally. It provides assistance on how to go about self-deportation, the statement said.

"[Romney] seems to think that the only people who might want to self-deport would be people who can't find work in America," said spokeswoman Jennifer Ricci, "but we believe that self-deportation can work for anyone."

Odd News // 13 hours ago
Squirrels are 'splooting' all over New York City
Squirrels in New York City parks have been spotted sprawled out on their stomachs with their arms and legs stretched out during very warm days, or splooting, as it's less commonly known.

Odd News // 14 hours ago
Dog rescued after being lost in Missouri cave for up to 2 months
Aug. 15 (UPI) -- A team of spelunkers working to map a Missouri cave ended up rescuing a dog that may have been lost underground for up to two months.

Odd News // 14 hours ago
Oregon couple's winning lottery ticket shredded by dogs
Aug. 15 (UPI) -- Oregon Lottery officials said they were able to reconstruct an $8 winning scratch-off ticket that was torn to shreds by the winner's dogs.

Odd News // 16 hours ago
Police in Ohio searching for wallaby on the loose
Aug. 15 (UPI) -- Police in Ohio said they are on the hunt for a wallaby spotted wandering loose on multiple occasions in recent days.

Bear scales barbed-wire fence at Air Force base in Florida