In 1771, Spain ceded the Falkland Islands to Britain.

In 1901, Queen Victoria of Britain died at age 82 after a reign of 64 years. She was succeeded by her son, Edward VII.

In 1943, U.S. and Australian troops took New Guinea in the first land victory over the Japanese in World War II.

In 1973, in the Roe vs. Wade decision, the U.S. Supreme Court struck down state laws restricting abortions during the first six months of pregnancy.

In 1987, Glen Tremml, 27, pedaled the ultralight aircraft Eagle over Edwards Air Force Base, Calif., for a human-powered flight record of 37.2 miles.

In 1995, two Palestinians killed 18 Israeli soldiers, a civilian and themselves in a bombing outside a military camp in central Israel.

In 1996, Costas Simitis was named prime minister of Greece. His predecessor, Andreas Papandreou, had stepped down due to ill health.

In 1998, accused bomber Ted Kaczynski pleaded guilty to all counts against him in California and New Jersey. He was sentenced to life in prison.

In 2003, the U.S. Senate approved the nomination of former Pennsylvania Gov. Tom Ridge to be the first secretary of Homeland Security by a 94-0 vote.

In 2005, the Indian navy in New Delhi reported finding a tsunami victim 25 days after he had been sucked into the sea and tossed onto a small island where he survived by eating coconuts until rescued.

In 2006, Evo Morales was inaugurated as president of Bolivia.

In 2007, hampered by crowds of scavengers, emergency workers in southwest England secured a grounded freighter that spilled cargo and 200 tons of oil.

In 2008, in response to the global stock market plunge and a weak economic outlook, the U.S. Federal Reserve bank cut interest rates by 0.75 percent, the largest single-day reduction in the bank's history.

Also in 2008, Jose Padilla, an American citizen accused of plotting to explode a radioactive "dirty bomb" in the United States, was sentenced to 17 years and 4 months in prison for aiding terrorists.

And, a suicide bomber struck at a school in Baquba, northeast of Baghdad, killing at least 21 people, including 17 students, police said.

In 2009, U.S. President Barack Obama, in his second full day in office, signed executive orders to close all secret prisons and detention camps reportedly run by the CIA, including the Guantanamo Bay facility in Cuba, and banning coercive interrogation methods.

Also in 2009, two dairy company officials convicted in China's tainted milk scandal were given death sentences for their roles in the incident. Six babies died from the bad milk but nearly 300,000 infants reportedly got sick from drinking it.

In 2012, Jeffrey Immelt, General Electric chief executive officer and chairman, was chosen by U.S. President Barack Obama to lead a new panel of economic advisers, the Council on Jobs and Competitiveness.

A thought for the day: Linus Pauling said, "The best way to have a good idea is to have lots of ideas." 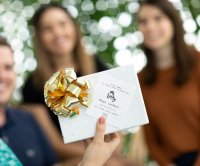 Odd News // 6 hours ago
Exotic eagle on the loose in Pittsburgh after aviary escape
Sept. 27 (UPI) -- Officials with the National Aviary in Pennsylvania said a Steller's sea eagle that escaped from its enclosure has been repeatedly spotted around Pittsburgh.

Odd News // 8 hours ago
World's longest charcuterie board assembled in New York
Sept. 27 (UPI) -- A group of New York food fans broke a Guinness World Record when they assembled meats and cheeses into a 315-foot-long charcuterie board.