NEW YORK, Sept. 5 (UPI) -- An out-of-work New York man said he found a way to bolster his finances by telling jokes for $1 a laugh in the city's Central Park.

Jason Schneider, 26, known as Jason the Joke Guy to park-goers, said he first decided to spend the day telling $1 jokes with a money-back laughter guarantee in April and he made $140 during his first 6 hours, the New York Daily News reported Monday.

Schneider, who said he failed to find steady work after graduating from the University of Pennsylvania in 2007, said he takes his humorous profession seriously.

"I write 20 jokes a day, and maybe two are good enough to use in the park. And of those, maybe one will stick," he said.

"What do you call Chewbacca when he's working with clay?" one of Schneider's jokes begins. "Harry Potter."

Odd News // 2 hours ago
Trapped poodle rescued from under seat of owner's SUV
Jan. 25 (UPI) -- Police, a firefighter, an animal control officer and a veterinarian came together in Massachusetts to rescue a 10-year-old poodle who ended up trapped under the seat of his owner's SUV.

Odd News // 3 hours ago
Wedding ring lost for 30 years found under carpet at man's former home
Jan. 25 (UPI) -- An Alabama man was reunited with his long-lost wedding ring 30 years later when the new residents of his former home found it while pulling up an old carpet.

Odd News // 5 hours ago
Home of off-Broadway's 'Perfect Crime' temporarily closed due to crime
Jan. 25 (UPI) -- An off-Broadway play appropriately titled Perfect Crime had to cancel performances due to a real crime -- someone stole the copper pipes from the theater's basement. 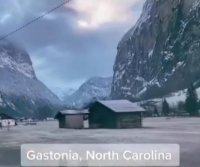