NASHVILLE, May 27 (UPI) -- Adventurous eaters in Nashville said they are feasting on the 13-year cicadas that have emerged in the region.

Ashlee Horne said she and her husband, Jeffery, decided to try cicada-eating after hearing about other people enjoying the insects as culinary treats, The (Nashville) Tennessean reported Thursday.

"One of our relatives even said they taste really good with tempura batter and buttermilk," Horne said.

Horne said she prepared the cicadas with butter and garlic.

"It wasn't gross. I was a little more grossed out by the way they look," Horne said. "They have a nutty flavor -- kind of like peanuts or almonds ... I've heard they taste really good with chocolate."

Jenna Jadin of the University of Maryland said cicadas belong to the Arthropoda group of creatures, which includes culinary staples such as lobster, shrimp and crab. She said cicada-eating is popular among Australian aborigines, New Guineans, Thai and American Indians. 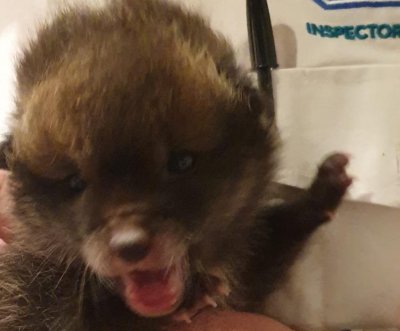 Odd News // 4 hours ago
Stray puppy brought home by construction worker turns out to be fox cub
April 3 (UPI) -- Animal rescuers in Britain said a man who brought a stray puppy home from a construction site later discovered the animal was actually a fox cub. 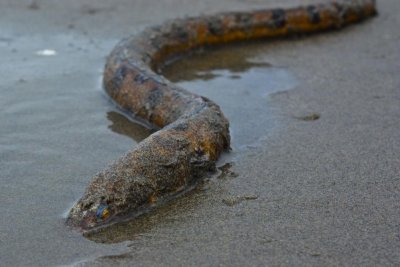