The girl, identified by the first name Jess, was forced to cancel the party, and a Web site has taken advantage of the incident by selling T-shirts bearing the girl's name and the planned date of the event.

Police said they are investigating whether infamous online prank group Anonymous was involved after several party respondents were seen using the group's logo for their Facebook pictures.

Officers said the 17-year-old boy believed to be behind the scheme is facing criminal charges, but the charges were not specified.

Odd News // 22 hours ago
Diver finds gold ring in California river, tracks down owner
April 15 (UPI) -- A diver taking a swim in a California river found a gold wedding band and was able to track down the man who lost it.

Odd News // 22 hours ago
$200,000 winning scratch-off lottery ticket went unscratched for two weeks
April 15 (UPI) -- An Australian man said he used his winnings from a minor lottery prize to buy a scratch-off ticket -- but it was two weeks before he discovered he had won more than $200,000.

Odd News // 23 hours ago
Animal rescuers find reported iguana in a tree was a croissant
April 15 (UPI) -- Animal rescuers in Poland said they were called out to help a suspected iguana spotted in a tree outside of a residential building and arrived to find the mystery animal was actually a discarded croissant. 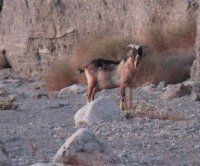