Snyder residents said the brown, yellow and green icicles have the smell of human waste and may have been discharged from plane passing over the town, The Buffalo (N.Y.) News reported Tuesday.

However, the Federal Aviation Administration said no planes were flying overhead the day the ice appeared.

"At first when you see the yellow, you think it's maybe fuel," said Howard Cadmus, 32. "But then when it starts smelling, you know it's not fuel ... It smells like human excrement. It's human waste. It's biological waste."

"We, at this point, have not been able to determine what the source of the material is," said Scott Zimmerman, lab director for the Erie County Department of Health.

A Health Department spokesman said tests performed on samples indicate the material does not pose a health risk to the public.

Neighbor pitches fuss over feces Principal gets poop in mail 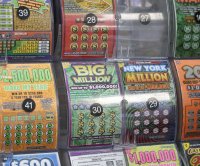 Odd News // 6 hours ago
Lost $250,000 lottery ticket found under winner's dresser
May 18 (UPI) -- A Virginia woman ended up getting lucky twice over when she lost her $250,000 winning lottery ticket and found it in time to claim the prize. 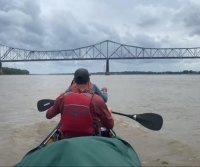 Odd News // 6 hours ago
Canoe team seeking Mississippi River record faces bridge closure obstacles
May 18 (UPI) -- A group of paddlers seeking the Guinness World Record for fastest canoe trip down the Mississippi River said they are ahead of schedule, despite delays from a bridge shutdown.

Odd News // 7 hours ago
'Hangry' alligator relocated after chasing customers at Wendy's
May 18 (UPI) -- Sheriff's deputies in Florida responded to a Wendy's restaurant to relocate a "hangry" alligator that chased customers through the parking lot. 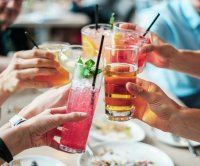 Odd News // 11 hours ago
Moose rescued from backyard pool in Ontario
May 18 (UPI) -- Firefighters and wildlife officers responded to a home in Ontario where a moose had jumped over a backyard fence and ended up in the swimming pool.