Jim Peters, a spokesman for the Federal Aviation Administration, said the pilot, whose name was not released, pelted Westwood Regional Middle School and the surrounding area with toilet paper while flying in a single-engine Cessna 172 S plane shortly after 6 p.m. Wednesday, NorthJersey.com reported Thursday.

Peters said the plane made three passes over the school and children were on the athletic field at the time of the incident. It was unclear whether anyone was hit by the toilet paper.

Westwood police Chief Frank Regino said officers questioned "a person of interest," but he declined to identify that person.

Peters said the pilot may face federal charges of reckless operation of an aircraft and dropping objects from a plane without proper authorization. 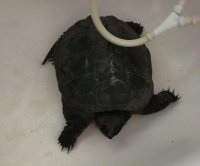