Some seek vacation of tornado thrills

COLUMBIA, Mo., Sept. 17 (UPI) -- Instead of finding a beach or a mountain cabin for vacation, some people are traveling Tornado Alley to experience a tornado, U.S. researchers say.

Sonja Wilhelm Stanis and Carla Barbieri, associate professors at the University of Missouri, find most of these "tornado tourists" aren't just looking for risk; they are seeking a unique and unconventional opportunity to enjoy nature's power and beauty.

"With the help of movies like 'Twister,' storm-chasing has become an international phenomenon," Barbieri says in a statement. "While more than half of the surveyed travelers lived in North America, 11 percent came from Australia and nearly one-third traveled from Europe to get a close encounter with a tornado."

These one-week and two-week tornado vacation costs some $3,000 to $5,000 -- not including food and hotels -- and involve driving in tornado watch areas in a van with experienced meteorologists and trained storm chasers who use sophisticated equipment to track severe weather.

The study finds one-third of the tourists experienced a tornado, 50 percent spotted funnel clouds and more than 95 percent reported seeing a significant atmospheric event. Most say they liked the experienced so much they say they would recommend the vacation to friends.

The researchers presented the findings at the Northeastern Recreation Research Symposium in Bolton Landing, N.Y. 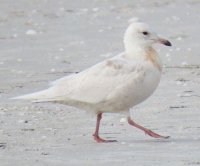 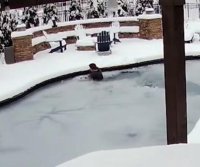