Dublin Mayor Phil Best said he will sign an amendment to the indecent exposure law, approved Thursday by the City Council, Tuesday to prohibit pants or skirts sagging "more than three inches below the top of the hips exposing the skin or undergarments," WMAZ-TV, Macon, Ga., reported.

City documents state the penalties for violating the ordinance include fines.

"Maybe we'll gain maybe a little more mutual respect for each other and realize that everybody doesn't want to see your underwear," Best said.

Jean Wolfe, a volunteer who works with young black men in the city, said she fears the rule could lead to profiling.

"They're the ones wearing the saggy baggy pants," Wolfe said.

Odd News // 39 minutes ago
Woman breaks one-handed climbing world record in London
May 23 (UPI) -- A woman born with her right arm missing below the elbow broke a Guinness World Record by climbing a vertical distance of 1,229 feet and 9 inches using only one arm on a climbing wall. 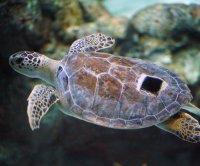 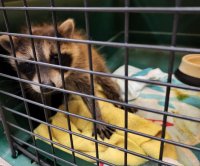 Odd News // 2 hours ago
Raccoon rescued from outdoor drain in Ohio
May 23 (UPI) -- Police in Ohio came to the rescue of a young raccoon found trapped in an outdoor drain.

Odd News // 6 hours ago
Second cougar sighting reported in Washington
May 23 (UPI) -- Multiple cougar sightings have been made in Kennewick, Wash., over the last three days with one cougar deciding to take a swim.