The Statue of Liberty as seen from the Hudson River in New York on September 11, 2006. (UPI Photo/Laura Cavanaugh) | License Photo

NEW YORK, Aug. 23 (UPI) -- A New York auction house said a chunk of copper designed to create part of the State of Liberty's nose during 1980s restoration efforts is headed for auction.

"It's the tip of the nose with the area around the nostrils. It doesn't sound like it would be, but it's fairly attractive looking," Arlan Ettinger, president of Guernsey's Auction House, told the New York Post.

The 2-foot-long copper chunk was one of four created as potential replacements for the tip of Lady Liberty's nose during the 1980s. One currently adorns the statue's face while the second was destroyed and the third is in possession of a private collector.

Ettinger said the Sept. 24 auction will also include the last home run ball from the original Yankee Stadium and a photo negative of Marilyn Monroe from a nude calendar shoot.

Odd News // 7 hours ago
$16M lottery ticket spent weeks in oblivious winner's wallet
Oct. 19 (UPI) -- A Canadian man who won a lottery jackpot of more than $16 million said he forget the ticket in his wallet for nearly two months.

Odd News // 8 hours ago
Bear wanders into house, breaks computer monitor
Oct. 19 (UPI) -- An Alberta man captured photos when a bear wandered into his family's home and made a mess of his son's gaming computer. 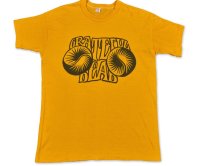 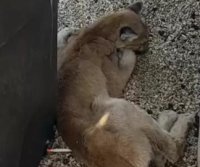