ST. CLOUD, Fla., June 9 (UPI) -- A Florida teacher's lawsuit against her old school says she was fired because administrators found out her baby was conceived before her wedding.

Jarretta Hamilton, a former fourth-grade teacher at Southland Christian School in St. Cloud, said she approached administrators in April 2009, shortly after her wedding, to tell them she was pregnant and request maternity leave for the coming fall, WKMG-TV, Orlando, reported Wednesday.

"That's when the question was posed to her, 'Did you conceive prior to marriage?'" said Edward Gay, Hamilton's lawyer.

He said Hamilton told administrators the truth, the baby was conceived about three weeks before the wedding, and she was fired one week later without being allowed to finish the school year.

Gay said he received a letter from Southland Christian School administrator Julie Ennis explaining the reasons for the termination.

"Jarretta was asked not to return because of a moral issue that was disregarded, namely fornication -- sex outside of marriage," Ennis wrote. "We request that Jarretta withdraw her complaint and consider the testimony of the Lord."

The letter said Hamilton was aware of the school's "standards, values, and purposes," but Gay said the morality clause does not override state and federal discrimination laws.

The lawsuit alleges violations of a federal pregnancy discrimination law and a state marital status discrimination law. The suit also alleges invasion of privacy for school officials disclosing the reason behind her termination to parents to students. 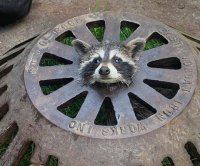