Woman's tattoo turns out not so 'beatiful'

HALIFAX, Nova Scotia, April 1 (UPI) -- A Canadian woman who had a spelling mistake tattooed on her arm lost her small claims court claim in Halifax, Nova Scotia, to have it fixed.

Instead of reading "You're so beautiful," the tattoo Amy Ullock ended up with says "You're so beatiful," The (Halifax) Chronicle-Herald reported Thursday.

Ullock took tattoo artist Marie Reid to small claims court this month, seeking her money back for the all-but-permanent mistake but the adjudicator said she was "the author of her own misfortune" before it was inked into her skin.

"The claimant saw the phrase on the computer (image), on the stencil and then on her arm before being tattooed and she approved of the tattoo," the ruling said.

When Ullock complained, Reid said it would take two months before she could properly add the missing "u" but Ullock instead went to another tattoo parlor to have it fixed, the report said.

The adjudicator ruled that decision removed responsibility from Reid.

Odd News // 11 hours ago
Snowstorm leads to impromptu sleepover for 31 people at Denmark Ikea
Dec. 3 (UPI) -- Customers and employees at an Ikea store in Denmark spent the night on the furniture store's display beds after they became stranded by a snowstorm.

Odd News // 12 hours ago
Cash, checks found inside wall of Osteen mega-church 7 years after break-in
Dec. 3 (UPI) -- A plumber doing work at Joel Osteen's mega-church in Houston found a large amount of money hidden inside a wall seven years after $600,000 was reported stolen during a break-in. 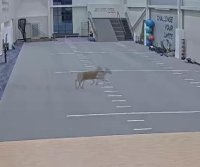