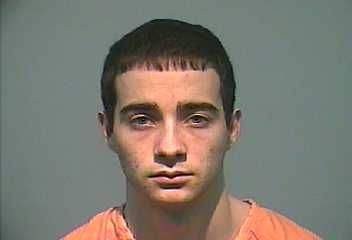 The Columbia County Sheriff's Office said the Lake City residents were alerted to a man trying to break into their car by a neighbor at about 5:40 a.m. Friday and they used the remote control on their keychain to keep the alleged attempted thief from exiting the car, The Gainesville Sun reported Tuesday.

"So every time he tried to get out of the car, the owners just kept hitting the lock button on their key fob, and eventually he gave up trying to get out," sheriff's spokesman Sgt. Ed Seifert said.

Travis James Neeley, 19, was arrested and charged with burglary of a vehicle, possession of burglary tools, criminal mischief and trespassing.

Investigators said another man, Peter Anthony Scandizzo, 25, was seen driving by the scene of the incident and is believed to have been involved in the burglary plot. He abandoned his car after a short chase and was arrested at about 8:30 a.m. in a Lake City home believed to belong to his mother.

Scandizzo was charged with fleeing and eluding, possession of marijuana, possession of burglary tools, loitering and prowling, conspiracy to commit burglary and resisting arrest.

Odd News // 16 hours ago
Turkey crashes through window into California dentist's office
March 5 (UPI) -- An employee at a dentist's office in California received a scare when a large turkey came crashing through a window and into the patient consultant area.

Odd News // 16 hours ago
Photo found in used book returned to family decades later
March 5 (UPI) -- A New York woman who found a decades-old family photo in a used book she bought 15 years ago was able to return the photo to the family thanks to social media.

Odd News // 19 hours ago
Emu on the loose after escape from Washington state farm
March 5 (UPI) -- A farm in Washington state is asking residents to keep a lookout for an escaped emu that slipped through a damaged section of fencing.