EAST PEORIA, Ill., Jan. 13 (UPI) -- Girls at an Illinois high school have been banned from carrying purses because officials say they have become so large, they are a safety hazard.

The ban, approved by the East Peoria Community High School board in December, replaces an earlier compromise, the Peoria Journal Star reports. Staffers say a rule limiting purse size to no bigger than a single sheet of paper simply did not work.

"Girls' purses have become so huge it was difficult for teachers to walk up and down aisles of the classroom," Robin Goff, dean of students, said Friday. "Teachers and students were tripping in the aisles. It had become a fire hazard, too."

Beginning Monday, the only legal bag will be the Raider string bag, a canvas sack that can be carried as a shoulder bag or backpack. The bag is being sold for $3.

Backpacks have been banned at the school since the terrorist attacks of Sept. 11, 2001.

Many students are not happy with the new edict.

"I don't think it's fair," said Kayla Shaw, a junior carrying a large purse as she left school Friday. "We're girls. We need to put stuff in our purses." 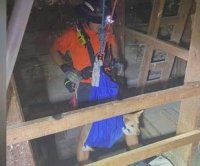 Odd News // 39 minutes ago
Arizona dog rescued from bottom of mine shaft
June 22 (UPI) -- An Arizona sheriff's office rescued a dog that wandered into a mine shaft and became trapped about 100 feet underground. 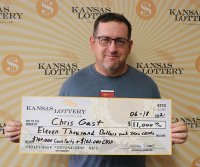 Odd News // 20 hours ago
Large lizard escapes from Ontario zoo
June 21 (UPI) -- An Ontario zoo is asking members of the public to be on the lookout after a large lizard slipped out of the facility through an open door. 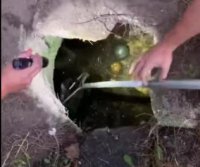 Odd News // 21 hours ago
8-foot python captured in driveway of New York home
June 21 (UPI) -- Police responded to a Long Island, N.Y., home at which a more than 8-foot snake was found slithering in the driveway.

Odd News // 23 hours ago
Hard hat lost in Massachusetts washes up on Portuguese island
June 21 (UPI) -- A Massachusetts man whose hard hat fell into the Atlantic Ocean in 2014 received word that his lost hat washed up 2,000 miles away in Portugal.

Odd News // 1 day ago
Wild boar takes a ride on two Hong Kong subway trains
June 21 (UPI) -- A wild boar caused a stir on the Hong Kong subway when it took a ride on a train -- and switched trains at a station to evade its pursuers before being captured.
Advertisement