Gina Busscher, spokeswoman for the Florida Department of Transportation, told The Gainesville Sun at least two of the department's signs in the city were hacked Monday and reprogrammed with the warning: "ZOMBIE ATTACK!! EVACUATE."

Busscher said officials believe the signs were hacked via telephone or by directly accessing the controls for the signs. She said the correct traffic messages were restored shortly after the hoax was reported by the husband of a department employee at 7 a.m. Monday.

The spokeswoman said the controls for the signs have been padlocked to deter future pranksters.

"We've not seen any zombies on University Avenue," Busscher said, "so apparently it worked well ... We've not had a problem like this before." 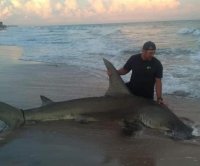