In 1618, Sir Walter Raleigh was beheaded in London. He had been charged with plotting against King James I.

In 1969, the first connection on what would become the Internet was made when bits of data flowed between computers at UCLA and the Stanford Research Institute. This was the beginning of ARPANET, the forerunner to the Internet developed by the Department of Defense.

In 1991, in a first meeting between Soviet and Israeli heads of state, Soviet leader Mikhail Gorbachev and Israeli Prime Minister Yizhak Shamir conferred at the Soviet Embassy.

In 1992, Alger Hiss said Russia had cleared him of the charge of being a Communist spy that sent him to prison for four years and helped propel Richard Nixon's political career.

In 1994, a Colorado man was arrested after he sprayed the White House with bullets from an assault rifle. U.S. President Bill Clinton was inside at the time but no one was injured.

In 1998, Sen. John Glenn, D-Ohio, who in 1962 became the first U.S. astronaut to orbit the Earth, returned to space aboard the shuttle Discovery. At 77, he was the oldest person to travel in space.

In 2003, digging through more than 164 feet of rock, rescuers liberated 11 of 13 Russian miners trapped underground for six days after a methane gas explosion.

Also in 2003, the third-largest recorded solar blast slammed into the Earth causing a severe but short-lived geomagnetic storm.

In 2004, Osama bin Laden, in a videotape to the American people, admitted publicly that he ordered the Sept. 11, 2001, attacks on New York and Washington.

In 2005, three explosions in New Delhi hit a bus and markets crowded with holiday shoppers, killing at least 65 people.

Also in 2005, a reported 102 people died in a train wreck in southern India, where heavy rains caused major flooding.

In 2006, a Boeing 737 crashed near Nigeria's Abuja airport killing 96 of the 104 people aboard. Officials said the pilot took off after disobeying an air traffic controller and crashed moments later.

Also in 2006, 17 instructors and two translators were gunned down at a British-run police academy at Basra, Iraq.

In 2007, a suicide bomber attacked a police brigade in Iraq, killing 29 people, including 26 police officers.

In 2008, U.S. forces are struggling to deal with an intensified Taliban insurgency and need about 20,000 additional troops in Afghanistan to counter it, officials say. U.S. troop casualties at their highest levels since the conflict began.

Also in 2008, the death toll from a 6.5-magnitude earthquake in Pakistan topped 200, officials said, as hundreds of people were hurt and more than 20,000 were left homeless.

And, as nations around the world worked on ways to avoid severe economic woes, the International Monetary Fund announced it would allocate $100 billion to countries with basically healthy economies but short-term problems.

A thought for the day: Scottish biographer James Boswell wrote, "I think no innocent species of wit or pleasantry should be suppressed and that a good pun may be admitted among the smaller excellencies of lively conversation."

Odd News // 5 hours ago
Husband's lottery prank foreshadows wife's jackpot win
July 13 (UPI) -- An Australian man's joke about his scratch-off lottery ticket being a top-prize winner caused him to experience disbelief when his wife scratched off an actual jackpot. 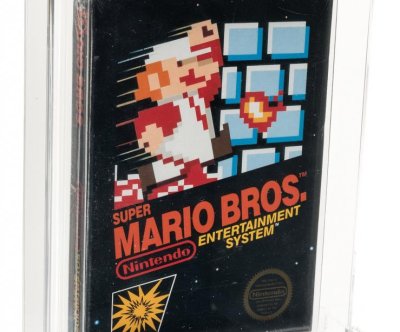 Odd News // 9 hours ago
Escaped sheep captured near Dunkin Donuts
July 13 (UPI) -- A sheep was returned to his family at a California ranch after ending several days on the loose with a trip to Dunkin Donuts. 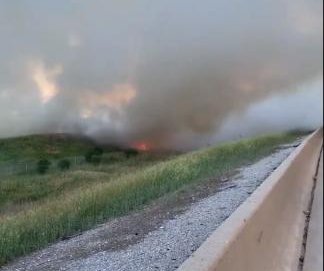