ANCHORAGE, Alaska, Aug. 13 (UPI) -- Authorities in Alaska said a bank robber showed his ID and gave his name and bank account number to a teller before the crime.

The FBI said Jarell Paul Arnold, 34, walked into the Alaska USA Federal Credit Union in Anchorage about 1:05 p.m. Friday and made an inquiry about the balance of his account, showing his ID and giving his name and account number. Then he gave the teller a note demanding money and saying he had a gun concealed, the Anchorage Daily News reported Thursday.

FBI agents -- familiar with Arnold from a 2004 bank robbery charge, for which he was sentenced to 57 months in prison -- confirmed his identity using bank-surveillance footage. And he allegedly confessed to the crime at the time of his arrest Monday.

Agents said Arnold, who was taken to the Anchorage Jail, admitted to robbing the bank but said he did not have a gun at the time. 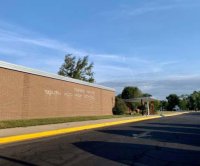