The moon is waxing. The morning stars are Neptune, Mercury, Jupiter, Venus, Mars and Uranus. The evening star is Saturn.

In 1778, the Continental Army under command of Gen. George Washington defeated the British at Monmouth, N.J.

In 1914, Archduke Ferdinand of the Austro-Hungarian Empire was assassinated in Sarajevo, Bosnia, an act credited with igniting World War I.

In 1919, World War I officially ended with the signing of the Treaty of Versailles.

In 1969, the clientele of a New York City gay bar, the Stonewall Inn, rioted after the club was raided by police. The event is considered the start of the gay liberation movement.

In 1971, the U.S. Supreme Court ruled that the use of public funds for parochial schools was unconstitutional.

In 1972, U.S. President Richard Nixon announced that no more draftees would be sent to Vietnam unless they volunteered for service in the Asian nation.

In 1984, Israel and Syria exchanged prisoners for the first time in 10 years; 291 Syrian soldiers were traded for three Israelis.

In 1991, the Yugoslav army was deployed to Slovenia to take control of airports and border posts and to prevent the republic's declared independence.

In 1993, in its last report before disbanding, the White House National Committee on AIDS blasted the Bush administration's response to AIDS and challenged the Clinton administration to do more.

In 1997, Mike Tyson bit the ears of heavyweight boxing champion Evander Holyfield, tearing off a piece of one ear, during a title fight in Las Vegas.

In 2000, Elian Gonzalez and his father returned to Cuba, hours after the U.S. Supreme Court declined to hear an appeal from the Cuban refugee's Miami relatives who sought to keep the boy in the United States.

Also in 2000, the U.S. Supreme Court ruled that the Boy Scouts of America had a constitutional right to exclude gay members.

In 2004, the U.S.-led coalition formally transferred political power in Iraq to an interim government that would run the country until elections were held.

In 2005, at least 30 people were killed in torrential rains that pounded El Salvador causing flooding and damage to homes.

In 2007, the revived U.S. immigration bill failed in the U.S. Senate when supporters were unable to muster enough ayes to end debate on the matter and bring it up for a vote.

In 2008, the National Rifle Association, after a legal victory in the U.S. Supreme Court, sued the city of Chicago in an effort to repeal its handgun ban. The high court opened the door to similar challenges by overturning the District of Columbia's ban and ruling it legal in most cases to carry guns for self defense.

Also on 2008, the Presbyterian Church voted to amend its constitution to allow openly gay and lesbian clergy.

A thought for the day: Bertolt Brecht wrote, "What is robbing a bank compared to founding one?"

Odd News // 24 minutes ago
World's largest Rubik's cube assembled at Hong Kong mall
June 24 (UPI) -- A mall in Hong Kong broke a Guinness World Record when it commissioned the building of a Rubik's cube measuring 8.2 feet on each side.

Odd News // 22 hours ago
Police remove 6 1/2-foot python from under woman's bed
June 23 (UPI) -- Police in the Ukraine said they were summoned to an apartment in which a woman discovered a 6 1/2-foot snake lurking under her bed. 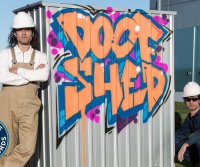 Odd News // 1 day ago
40 cows escape California slaughterhouse, stampede through neighborhood
June 23 (UPI) -- Authorities in California said 38 cows were captured and at least one remains on the loose after the herd of about 40 bovines escaped from a slaughterhouse.