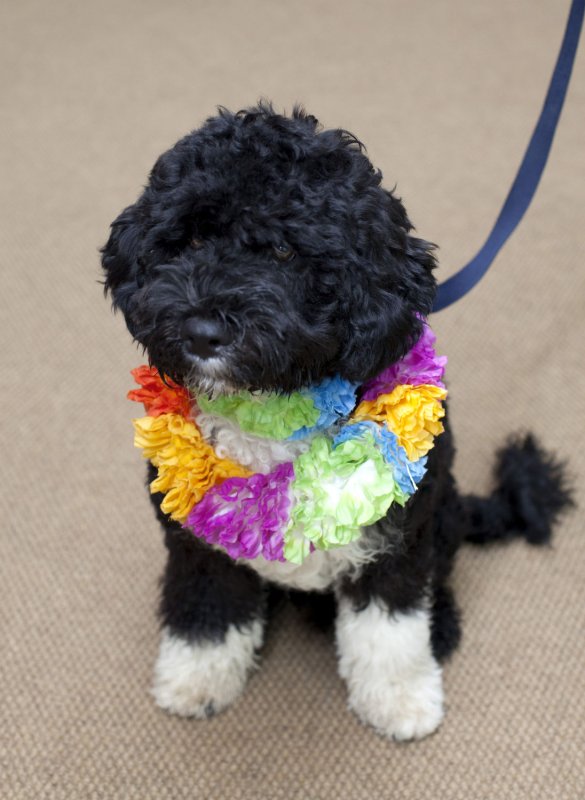 WASHINGTON, April 12 (UPI) -- The Obamas' watch dog may not be very big but the media dog watch has been huge, with the latest news being the U.S. first family's best friend is named Bo.

The world's media have been drooling over the prospects of getting a scoop on the presidential pooch, if not actually scooping up after him. The Washington Post rang the bell first with word that the Obama girls, Sasha and Malia, named their new pet Bo.

The girls reportedly picked the name because they have cousins with a cat by that name and a grandfather whose nickname was Diddley, making for a reference to blues guitarist Bo Diddley.

The Obamas had talked about rescuing a dog from an animal shelter. But as it turned out, Bo came as a gift from Sen. Edward Kennedy, D-Mass., the Post said.

Odd News // 3 hours ago
Family's scenic route home from vacation leads to $777,777 lottery prize
April 16 (UPI) -- A Virginia family said taking the scenic road home from their vacation led them to the store where they bought a lottery ticket and won a $777,777 jackpot.