In 1836, Texas proclaimed its independence from Mexico.

In 1925, the first system of interstate highway numbering was introduced in the United States.

In 1943, in the Battle of Bismarck Sea, U.S. warplanes attacked a Japanese convoy en route to New Guinea in the South Pacific, eventually blocking Japan's attempt to send in reinforcements.

In 1945, toward the close of World War II, units of the U.S. 9th Army reached the Rhine River opposite Dusseldorf, Germany.

In 1991, Yugoslavia's federal army was sent to Croatia to protect Serbs after violence erupted between Croatian security forces and villagers.

In 1994, the Mexican government reached a tentative agreement with the Zapatista National Liberation Army, which had launched a rebellion in January in Chiapas.

In 1997, a state of emergency was declared in Albania amid public unrest triggered by the collapse of pyramid funds in which many people had invested.

In 1999, Texas Gov. George W. Bush said he was setting up a committee to explore a run for the White House.

In 2000, the British government abruptly dropped extradition proceedings against former Chilean dictator Gen. Augusto Pinochet, who had been under house arrest in London for 16 months as Spain sought to try him for crimes committed during his regime.

Also in 2000, a longtime political fundraiser for U.S. Vice President Al Gore was convicted for arranging more than $100,000 in illegal donations in 1996.

In 2004, U.S. Sen. John Kerry, D-Mass., locked up the Democratic presidential nomination with a series of primary victories.

Also in 2004, at least 125 people died in explosions at two Shiite shrines in Iraq.

In 2005, Federal Reserve Chairman Alan Greenspan urged Congress to scrutinize spending and taxes to help solve the problem of federal budget deficits that he called "unsustainable."

In 2006, the U.S. Senate gave final congressional approval to a long-term extension of the USA Patriot Act, after settling disputes over privacy rights of U.S. citizens. The law had been enacted in the wake of the Sept. 11, 2001, terrorist attacks.

Also in 2006, the United States and India announced agreement on a plan to allow India to buy U.S. nuclear fuel and reactor components. India in return reportedly would separate military and civilian nuclear programs and allow inspections.

In 2008, outgoing Russian President Vladimir Putin's choice as his successor, Dmitri Medvedev, was elected president in a landslide. Putin remained in power as the new prime minister.

Also in 2008, the latest clash between Israel and Hamas continued to escalate with more than 100 Palestinians killed in five days of intense fighting.

A thought for the day: Mikhail Gorbachev said, "Sometimes when you stand face to face with someone, you cannot see his face."

Odd News // 6 hours ago
Packers' Aaron Rodgers explains reason for long hair, cites 'hero'
Sept. 23 (UPI) -- Green Bay Packers quarterback Aaron Rodgers has a specific reason for his rugged appearance this NFL season, which includes long hair and an unshaven face. He plans to dress up like one of his "heroes" for Halloween. 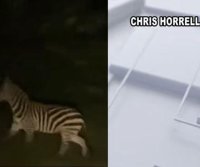 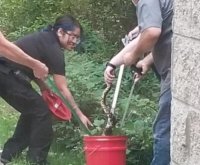