THE HAGUE , Netherlands, Nov. 21 (UPI) -- Police in the Netherlands said a woman crashed her car near The Hague while she was attempting to kill a spider inside the vehicle.

Authorities said the woman lost control of her car while attempting to kill the spider and the vehicle flipped over on the A4 motorway, Radio Netherlands/Expatica reported Friday.

Traffic was backed up on the A4 as a result of the crash and two lanes of the road were closed. The woman was treated for injuries at a hospital. 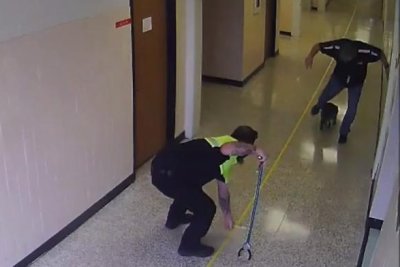