THE HAGUE , Netherlands, Nov. 21 (UPI) -- Police in the Netherlands said a woman crashed her car near The Hague while she was attempting to kill a spider inside the vehicle.

Authorities said the woman lost control of her car while attempting to kill the spider and the vehicle flipped over on the A4 motorway, Radio Netherlands/Expatica reported Friday.

Traffic was backed up on the A4 as a result of the crash and two lanes of the road were closed. The woman was treated for injuries at a hospital.

Odd News // 2 hours ago
Johns Hopkins students invent edible 'Tastee Tape' to keep burritos together
May 17 (UPI) -- A team of Johns Hopkins University students are aiming to change the way people eat their burritos with a new invention: edible tape.

Odd News // 4 hours ago
Venezuelan man named world's oldest at the age of 112
May 17 (UPI) -- Guinness World Records announced a Venezuelan man has been dubbed the oldest person living (male) just a few days shy of his 113th birthday. 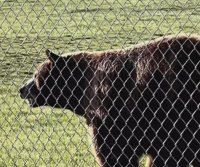 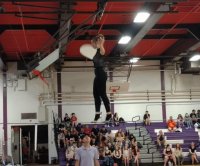