INYOKERN, Calif., Sept. 30 (UPI) -- Police in Inyokern, Calif., say five men were charged with stealing up to $8,000 from the walls of a restaurant after one used the bills to pay a court fine.

Investigators said one of the alleged thieves used 10 bills, which had been marked by Homestead customers before being tacked to the restaurant's wall, to pay a fine and the money was recognized by a clerk, the Los Angeles Times reported Tuesday.

Police said they have recovered about $1,000 of the money that once decorated the walls of the Homestead.

"Part of the place's charm was all the old bills, all the memories," said Michael Scott, senior deputy in the Kern County sheriff's office. "Everybody in town knew exactly where they came from."

Officers said one of the alleged thieves also was found to have Homestead thumbtacks stuck in the sole of one of his shoes. 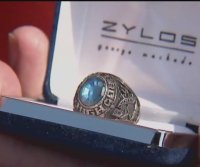 Odd News // 2 hours ago
Class ring found on Maine beach was missing since 1984
June 22 (UPI) -- A man using his metal detector on a Maine beach found a high school class ring that was lost in the same location in 1984. 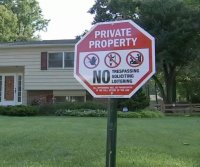 Odd News // 5 hours ago
Arizona dog rescued from bottom of mine shaft
June 22 (UPI) -- An Arizona sheriff's office rescued a dog that wandered into a mine shaft and became trapped about 100 feet underground.