In 1977, U.S. President Jimmy Carter and Panamanian dictator Omar Torrijos signed a treaty agreeing to transfer control of the Panama Canal from the United States to Panama at the end of the 20th century.

In 1993, South Africa's ruling National Party agreed to share power with a multiparty council that would be established within two months.

In 1996, "Dr. Death" Jack Kevorkian assisted in a reported 40th suicide in Michigan.

In 2005, authorities report finding 32 bodies drowned in a New Orleans nursing home where people didn't evacuate in face of the rampaging floodwaters from Hurricane Katrina.

Also in 2005, a U.S. grand jury indicted a Georgian man for allegedly trying to kill U.S. President George Bush with a hand grenade during a Bush visit to the Georgian capital of Tbilisi in May. The grenade failed to detonate.

And, a report to the United Nations cited alleged corruption in the U.N.'s administration of the oil-for-food program in which Iraq under Saddam Hussein could sell a limited amount of oil ostensibly for humanitarian needs such as food and medicine.

In 2006, British Prime Minister Tony Blair announced he would resign within one year. Blair's strong support of U.S. policy in Iraq was among the major reasons reported for the move.

Also in 2006, Richard Armitage, former secretary of state, confirmed he was the primary source for revealing the name of CIA agent Valerie Plame in a 2003 Robert Novak column. The "outing" created a major Washington scandal.

In 2007, a U.S. judge ruled that Iran must pay billions of dollars to 241 families of victims in the 1983 Marine barracks bombing in Lebanon. The judge said Iran provided material and aid to the actual bomber, the terrorist group Hezbollah.

Also in 2007, the Roman Catholic Diocese of San Diego agreed to pay almost $200 million to 144 people who claimed sexual abuse by clergy. 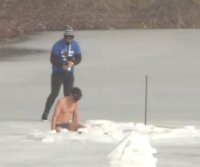 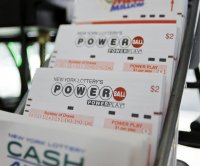