PARIS, July 26 (UPI) -- A French publisher fined for calling a police officer a "connard" has founded a group aimed at repeal of the law against insulting public employees.

Jean-Jacques Reboux of Paris is working with Romain Dunand, who was fined for sending an e-mail to President Nicolas Sarkozy comparing his immigration policies to those of the World War II Vichy regime, The Times of London reported. Their organization, Association for the Decriminalization of the Offense of Outrage, hopes to get rid of a law that dates back to the Napoleonic era.

Reboux was fined 150 euros ($235) for telling a police officer he was a connard, which roughly translates as "stupid bastard," while Dunand had to pay 800 euros ($1,255) for "insulting the head of state."

The two have company in their cause. A homeless man was jailed for a month for calling Sarkozy a "bloody Hungarian." Gerard Depardieu, one of the country's best known actors, was ordered to pay 3,500 euros ($5,485) for calling three workplace inspectors "jokers."

Odd News // 19 hours ago
Confused kangaroo rescued from lake in Australian capital
Sept. 21 (UPI) -- A pair of Australian men came to the rescue of a confused kangaroo that was having trouble finding its way out of a lake in the country's capital. 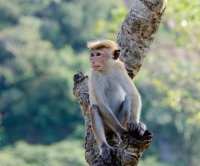 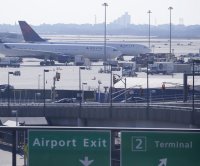 Odd News // 22 hours ago
Escaped cat found after three weeks wandering around JFK airport
Sept. 21 (UPI) -- A cat that escaped from a carrier while being loaded onto an Italy-bound flight was safely captured after three weeks of wandering the tarmac at New York's John F. Kennedy International Airport.