STILLWATER, Minn., June 20 (UPI) -- A Canadian flight attendant on a trip to the Arctic Circle in a solar-powered car ran into a roadblock as soon as he entered the state of Minnesota.

State troopers pulled Marcelo da Luz over Thursday as soon as he and his escort trailer crossed the St. Croix River from Wisconsin, the Star-Tribune newspaper in Minneapolis reported. While the Power of One car, 15 feet long and covered in fiberglass, attracted the troopers' attention, the escort turned out to be the vehicle causing problems.

Troopers said that the trailer is a commercial vehicle. Da Luz and his crew ended up spending a day in Stillwater to get a log book, Department of Transportation number and other required items.

Da Luz, a Toronto resident, hopes to break a distance record for solar power by driving 10,000 miles. He left Buffalo, N.Y., on June 12 and had driven through six states before hitting the snag in Minnesota.

"In spite of our initial special welcoming into Minnesota, it turned out to be one of our best and most welcoming stops," da Luz wrote on his Web site. "We met some wonderful people who were excited to have us here, showing us great hospitality and support to the project." 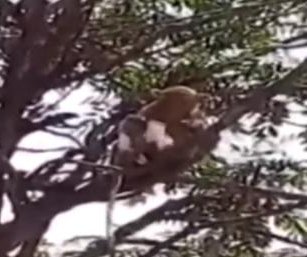