FAYETTEVILLE, N.C., June 15 (UPI) -- A computer trainer in Lafayette, N.C., says she was oblivious to the profane modern meaning of her license plate "WTF" until her grandchildren told her.

Mary Ann Hardee said she never thought there was a problem with her car's plates until her teenage grandchildren let her know the initials stand for "What The (Expletive)" among text message fans, The Charlotte (N.C.) Observer reported Sunday.

"Once it was revealed to me, I developed this real self-consciousness," the 60-year-old said.

The license plate was issued by the Department of Motor Vehicles as part of nearly 240 new letter combinations, but state officials apparently did not take the popularity of text messaging into account.

The Observer said in addition to questionable "WTF" plates, drivers may be hesitant to keep plates with "LOL" or "NME," which translate to "Laugh Out Loud" and "Enemy," respectively, in text messages.

The newspaper said Hardee was able to get new license plates after informing DMV officials of the issue. 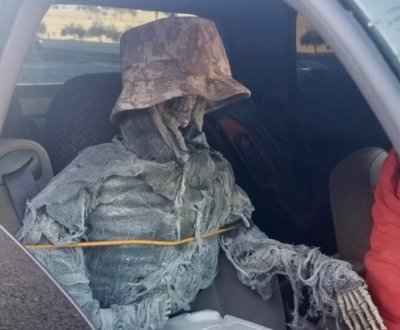