ROME, Sept. 28 (UPI) -- An Italian astrophysicist has dated one of Vincent Van Gogh’s best-known pictures by studying the position of the stars he painted.

“Starry Night Over the Rhone,” painted in Arles in southern France, shows the night sky. The stars include those in Ursa Major, the constellation known colloquially as the Big Dipper, Great Bear or Plough. Gianluca Masi said the constellation is in the position that it would have occupied over Arles between Sept. 24 and Sept. 28, 1888, the Italian news agency Ansa reported.

Masi said that the stars on the right side of Ursa Major are too close together, suggesting that they moved across the sky as the artist worked. The earth’s rotation creates the apparent movement of stars.

The astrophysicist also believes that Van Gogh painted the town in one direction and then turned around and painted the sky that he wanted in the other to get the effect of both streetlamps and stars.

"The Plough is placed in a direction where it would not actually appear, in the southwest instead of the north," Masi said. 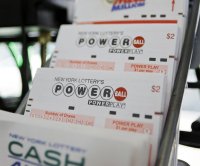