DETROIT, Aug. 10 (UPI) -- A Detroit man who allegedly tried to register a handgun using a forged concealed weapon permit ended up under arrest.

Officer Braxton Hall said he was dubious about the permit Alan Patterson handed him, The Detroit News reported.

"The print caught my eye. It didn't look right and then I noticed the permit had no seal," Hall said. "He said he used the permit to purchase the gun."

When Hall ran a computer check on the permit, nothing came up, suggesting it was not an official one. But when he ran a check on Patterson, he found five outstanding warrants.

Hall, without alerting Patterson, summoned backup and placed him under arrest.

James Tate, a police spokesman, said that Hall's quick thinking reflects well on the department and removed a potentially dangerous criminal from the street, since someone cocky enough to bring a forged gun permit to headquarters might do almost anything.

Odd News // 16 hours ago
Michigan man wins $1 million thanks to low car tire
Aug. 6 (UPI) -- A Michigan man said he has a leaky car tire to thank for his winning a $1 million jackpot from a scratch-off lottery ticket.

Odd News // 17 hours ago
Rattlesnake rescued from under tote at New York state vacation home
Aug. 6 (UPI) -- A New York State Department of Environmental Conservation officer responded to a vacation home where a timber rattlesnake was found trapped under a tote.

Odd News // 20 hours ago
Utah man's 53-pound lake trout breaks state record
Aug. 6 (UPI) -- A Utah angler broke a 32-year-old state record when he reeled in a lake trout that weighed in at a staggering 53 pounds. 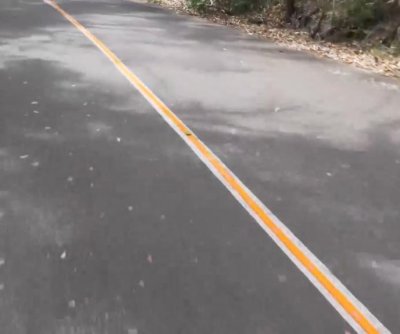 Odd News // 22 hours ago
Police, wildlife officers wrangle loose alligator in Idaho
Aug. 6 (UPI) -- Police and wildlife officers in Idaho responded to a resident's property to remove a trespasser that was highly unusual for the area -- an alligator.