In 1832, the first Democratic Party national convention met in Baltimore.

In 1927, Charles Lindbergh landed the "Spirit of St. Louis" in Paris, completing the first solo flight across the Atlantic in 33 1/2 hours.

In 1932, five years to the day after Charles Lindbergh's historic flight, Amelia Earhart became the first pilot to repeat the feat, flying solo across the Atlantic from Newfoundland, Canada, to Ireland. She completed her flight in 13 1/2 hours.

In 1972, a Hungarian man, Lazlo Tooth, attacked Michelangelo's sculpture "The Pieta" while screaming "I am Jesus Christ!" The statue was badly damaged.

Also in 1991, Ethiopian President Mengistu Haile Mariam resigned and fled to Zimbabwe after 14 years in power.

In 1993, the Venezuelan Senate authorized the country's Supreme Court to try President Carlos Andres Perez on corruption charges. Perez was suspended from office.

In 1998, two students were killed and 22 others wounded when a classmate opened fire in a high school cafeteria in Eugene, Ore. A 15-year-old boy was arrested in connection with the shootings; police found his parents shot to death at home.

Also in 1998, weeks of demonstrations led to the resignation of Indonesian President Suharto.

Also in 2003, a three-judge panel in Florida threw out a $145 billion punitive damage award against cigarette manufacturers.

In 2004, explorers in the former Soviet republic of Georgia reported finding rich gold deposit linked to the legend of the Golden Fleece near Supsa on the shore of the Black Sea.

In 2006, the FBI accused U.S. Rep. William Jefferson, D-La., of taking hundreds of thousands of dollars in bribes and claimed to have found $90,000 of the money in a freezer at his home.

Also in 2006, in its first full day in office, Iraq's new government was greeted by a series of Baghdad bombings that killed four and wounded 37 others.

A thought for the day: Arthur Koestler said, "If the Creator had a purpose in equipping us with a neck, he surely meant us to stick it out."

Odd News // 6 hours ago
Woman wins $47M lottery jackpot with numbers from husband's dream
Jan. 19 (UPI) -- A Toronto woman who has used the same lottery numbers since they came to her husband in a dream 20 years ago scored a nearly $50 million jackpot with them. 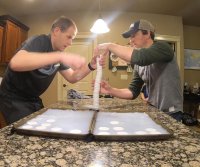 Odd News // 10 hours ago
Stranded dog rescued from icy pond in Colorado
Jan. 19 (UPI) -- Firefighters in Colorado rescued a dog wandered that wandered onto the ice at a frozen pond and fell into the frigid water below. 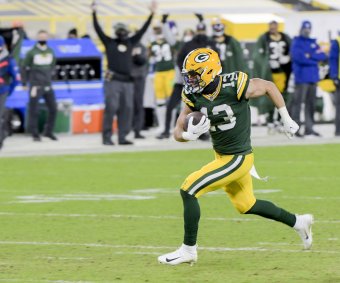