DES MOINES, Iowa, Feb. 28 (UPI) -- A co-worker's remark about an "idiot" who hadn't claimed an $800,000 Powerball lottery prize spurred an Iowa man to check his ticket -- then collect the prize.

Ed O'Neill, 59, told the Des Moines (Iowa) Register it was a receptionist's remark at the Clinton (Iowa) Chamber of Commerce, where he works, that turned the light on for him about the Jan. 6 drawing.

"She said, 'Read this article about the idiot that hasn't claimed his ticket'," O'Neill said. "So I read it and noticed where the ticket was bought. I thought, 'Gee, I better look at my ticket.' That's when I said, 'I think I won.'"

He said he called his wife on the phone, but she told him to stop horsing around as she was watching "Oprah" on television.

The couple plans to pay off their own home mortgage, and those of their children and invest the rest for retirement, the newspaper said.

LOS ANGELES, Feb. 28 (UPI) -- The client list police called a "trick book" of convicted Hollywood madam Jody Gibson's is about to become public, and lawsuits are already being threatened.

Known as "Babydol" when she was arrested eight years ago, Gibson's autobiography published by Corona Books goes on sale Thursday, and some of the celebrities she names as clients are furious, the Los Angeles Times reported Tuesday.

"Secrets of a Hollywood SuperMadam" reportedly names more than 20 celebrities she claims used the services of her "California Dreamin'" call girl service.

Among them is former Los Angeles Dodgers Manager Tom Lasorda, who issued an angry denial statement through his lawyer.

"I have never heard of this woman and don't know why she would accuse me of something like this," the statement said. "But if she prints these lies, I intend to sue."

Also named was actor Bruce Willis, whose lawyer, attorney, Marty Singer, said: "The story is a complete fabrication. (Willis) doesn't know this woman. He's never even spoken to her."

Gibson served 22 months in federal prison on three pimping convictions and was released in 2002.

In keeping with Dutch tradition, should Maxima's child make an early appearance, the first soil his or her feet must touch is Dutch, so the entourage brought along an unspecified amount of homeland dirt.

Relations between Turkey and the Netherlands date back to 1612, and a large number of people of Turkish descent are either now living in the Netherlands or lived in Holland for decades before returning to Turkey, Radio Netherlands said.

Jeter joined by Bush and Mantle on card

The card bearing a digitally added Bush in the stands and Mantle in the dugout went right past the proofreaders and is selling for $2 on eBay, the New York Daily News reported Tuesday.

It could possibly fetch up to $500 if a collector gets both the president and Jeter to autograph it, an expert said.

Once the cards came back from the printer, "We couldn't do anything but laugh," Topps spokesman Clay Luraschi told the Daily News.

Jeter told the newspaper he hadn't heard anything about the card and a White House spokesman declined to comment. The White House has to give permission any time the president's likeness is used for commercial purposes, the Daily News noted.

Topps has not decided whether the interlopers will be erased and a new card inserted into boxed sets.

Odd News // 3 hours ago
Irish court: Subway's sandwich bread is not legally bread
Oct. 1 (UPI) -- The Irish Supreme Court ruled the bread used for sandwiches at franchise chain Subway cannot be legally defined as bread because it contains too much sugar.

Odd News // 4 hours ago
Emu running loose through Massachusetts city lured with pear
Oct. 1 (UPI) -- An animal control officer in Massachusetts was called out for a situation that was a first for her city -- an emu on the loose. 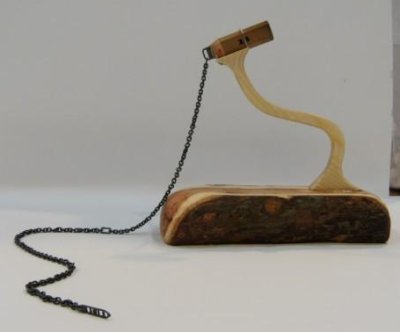 Odd News // 22 hours ago
Artist carves 168-link chain from the graphite of a single pencil
Sept. 30 (UPI) -- An artist in Taiwan was awarded a Guinness world record for an unusual piece of sculpture -- a chain of 168 links carved from pencil graphite.

Odd News // 1 day ago
Moose visits Idaho middle school while classes are in session
Sept. 30 (UPI) -- An Idaho middle school had to devise a special plan to release students from the building when the campus played host to an unexpected guest -- a moose.