In 1984, a Long Beach, Calif., hospital announced the birth of the world's first baby conceived by embryo transplant.

In 1992, the angry rhetoric escalated between the United States and Japan when Japanese Prime Minister Miyazawa accused U.S. workers of lacking a "work ethic."

Also in 2005, more than 50 people died when a train rammed a trailer carrying a wedding party at a railroad crossing in India.

In 2006, almost 200 people were reported dead with another 800 listed as missing after an Egyptian ferry sank in the Red Sea off the coast of Egypt. Authorities said the passengers were mostly workers and vacationers returning from Saudi Arabia. 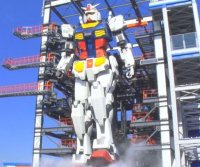 Odd News // 17 hours ago
Australian woman finds wild koala in her Christmas tree
Dec. 2 (UPI) -- Animal rescuers in Australia were summoned to he home of a woman who found something unexpected in the branches of her Christmas tree: a koala. 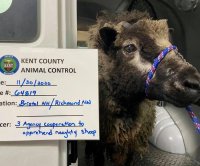