LONDON, Dec. 25 (UPI) -- Forcing store clerks to listen to the same holiday music over and over could be akin to torture and should change, a British noise pollution group said.

The UK Noise Association and labor unions are suggesting legal action on behalf of store employees who listen to endless looped recordings of holiday music, the Observer said Sunday.

"What we're saying is that, if Christmas carols are being played on the same CD repeatedly, that could create an unhealthy working environment. It must drive people to distraction," said Paul Clarke, spokesman for the Union of Shop, Distributive and Allied Workers.

Exposure to the same music constantly is "no different to being tortured," added Val Weedon, the noise association's national coordinator.

Legal action could be difficult. An employment lawyer said employees would have to demonstrate that their employers could reasonably foresee any illness.

This means there would have to be some form of notice that an employee "had some vulnerability to Christmas music, the ill health in question, or both," the lawyer said.

PALM BEACH, Fla., Dec. 25 (UPI) -- Lake Clarke Shores, Fla., where there are normally only a dozen break-ins a year, has seen 14 house robberies in the last month.

"It's that time of year," Police Chief William Smith said. "It's just the season. At Christmas, people buy gifts, people have money. Drug addicts are stealing for their dope. They get a profit."

The community of Lake Clarke Shores is made up of only 3,600 people, the Palm Beach post reported.

So far, the burglars have robbed the dentist, the insurance agent, the retired couples and others, and they have gotten away with televisions, laptops, jewelry, guns and even Christmas gifts totaling $162,212.

"If there's gifts right there, we've had where they open packages to make sure it's worth it," Smith said. "They leave the wrapping paper."

The recent string of burglaries is not the fault of the county police; they have been working overtime patrol in marked and unmarked cars, hoping to catch the burglars, the newspaper said.

"At Christmastime, people just kind of get into the spirit of Christmas," he told the Register-Star. "Even a lot of people who don't have the faith get into the joy and peace of the season."

Nativity collectors like Hobbler represent the world's interest with the holiday displays, an interest that can trace its roots to the Middle Ages.

Eric Walker, a church pastor in Rockford, told the newspaper how the practice made the leap to having real life characters replace the statues.

"We find that the movement and even crying of a real child helps provide an even more powerful message of God becoming one of us," he said. "The popularity of nativity scenes is a reflection of religious faith and conviction, as opposed to the popularity of more secular traditions, which may be based more on fads, commercial trends or family practices."

The Korea Times reported that at the heart of the debate among fortunetellers is whether Dec.22, known as Tonji, or Feb.4, named Ipchun, marks the true start of the annual zodiacal year.

Depending on the interpretation used, the end results of a person's fortune could vary greatly and with the popularity of fortunetelling in South Korea peaking, that difference could have an impact on millions.

"There is 45-day difference between Tonji and Ipchun. It means 6 million people born during that period could have been given different fortunes. Moreover, any people who had their fortune read during the term could have had different fortunes told," said Lee Sang-yup, a member of the fortuneteller group that initially broached the topic.

Lee told the Korea Times that the common misconception likely arose from an incorrect translation from a key fortunetelling text that placed the start at Ipchun and not at Tonji. 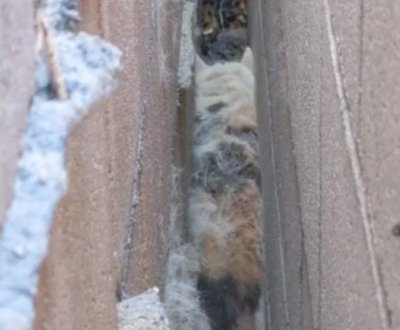