The moon is waxing. The morning stars are Neptune, Jupiter, Pluto, Uranus and Venus. The evening stars are Mars, Saturn and Mercury.

In 1996, Dr. Jack Kevorkian, who has assisted more than two dozen suicides, was acquitted of murder for a third time.

In 2000, in a rare unanimous vote, the House passed a bill to allow most Social Security recipients to earn as much money as they want without losing any benefits.

In 2003, the suspected mastermind of the Sept. 11, 2001, terrorist attacks on the United States was captured in Pakistan. Khalid Sheikh Mohammed was believed to be the third-ranking member of al-Qaida.

Also in 2004, the Iraqi governing council approved a draft constitution.

Odd News // 14 hours ago
New Jersey elephant building listed for three nights on Airbnb
Feb. 27 (UPI) -- The caretakers of New Jersey's Lucy the Elephant announced the landmark is being listed on Airbnb for three nights, allowing guests to stay inside the 138-year-old structure.

Odd News // 15 hours ago
8-foot beehive removed from Virginia apartment ceiling
Feb. 27 (UPI) -- A wildlife control company shared photos from a Virginia apartment in which an 8-foot-long beehive was found inside the living room ceiling.

Odd News // 17 hours ago
Deer crashes through window of Vermont bank
Feb. 27 (UPI) -- A deer dashing through a Vermont town jumped through the window of a bank and made a mess of an office.

Odd News // 18 hours ago
Hippo wanders through gas station parking lot
Feb. 27 (UPI) -- A gas station in a South African city shared video of a hippopotamus drawing a crowd by wandering through the parking lot. 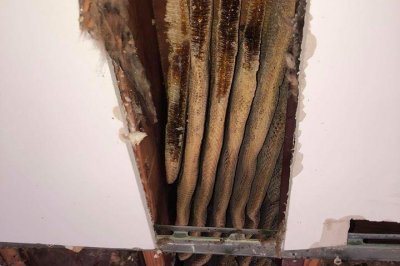