"Heidi's Stud Farm" outside Pahrump in Nye County, Nev., will charge women $250 an hour for the services of male prostitutes.

"Women are more independent these days; they make more money and it's hard to meet people," Fleiss told The Los Angeles Times Wednesday as she packed her bags for Nevada.

"You wouldn't believe the number of women who've told me, 'Heidi, if you do this, I'll be the first one in line!' I mean, relationships are harder than dieting, you know what I mean?"

Fleiss served 21 months in prison in the late 1990s for money laundering, pandering and tax evasion -- charges stemming from her prostitution business catering to Hollywood's elite.

Her latest -- and legal -- venture is with Joe Richards, who has owned Nevada brothels for 30 years.

Airline bumps lawyer, he bumps back

NEW YORK, Nov. 18 (UPI) -- A New York judge has ordered Continental Airlines to pay Thatcher Stone $4,000 for bumping him and his daughter from their booked flight.

The incident last year ruined their Christmas ski vacation in Colorado, he said. To make matters worse, their luggage went on even though they didn't.

Stone, it turns out, is an aviation lawyer and when Continental offered him a small amount, and as he put it, got his dander up, he took the matter to court.

"Most people don't know their rights," Stone told the New York Post. "I did."

Judge Diane Lebedeff noted that an estimated 900,000 passengers are "bumped" every year, and 36,000 refuse compensation offered by the airlines and are entitled to sue.

SYDNEY, Nov. 18 (UPI) -- An Australian woman has filed a sexual harassment suit after she was forced to go to a sex shop and strip club as part of a business dinner.

Fiona Landreth has since quit her job with Finsbury Print and is seeking $50,000 in compensation through her complaint to the Human Rights and Equal Opportunity Commission, the Sydney Daily Telegraph reported.

Landreth, 30, said she attended a business dinner with officials from her company's Adelaide office and was told her performance review the next day would depend on "how much fun we have tonight," the complaint said. She was asked to invite a "good looking" female client to accompany them, the complaint alleges.

The complaint said one of the men handed Landreth an application to become a stripper and told her to fill it out.

The Perry County Health Department went in with Subway restaurants in Du Quoin and Pinckneyville to offer a sandwich for an open pack of cigarettes, hoping to get some to quit all together.

In addition to the cold turkey sandwich promotion, the health department staged "Crush the Addiction" programs in which elementary school kids tossed giant, fake cigarettes into the back of a trash truck where there were crushed.

Odd News // 46 minutes ago
Escaped cow leads Arizona police on late-night chase
Oct. 27 (UPI) -- Police in Arizona ended up in a late-night chase with an escaped cow that went running through a residential neighborhood.

Odd News // 19 hours ago
N.C. truck driver wins $1 million while passing through Tennessee
Oct. 26 (UPI) -- A North Carolina truck driver on his way to California found his choice of route to be especially profitable when he won a $1 million lottery jackpot in Tennessee.

Odd News // 20 hours ago
Canadian lifts 13,000 pounds in one hour to break Guinness record
Oct. 26 (UPI) -- A Manitoba, Canada, athlete broke a Guinness World Record when he lifted a total of nearly 13,000 pounds over one hour while doing Turkish get-ups.

Odd News // 21 hours ago
Lost class ring returned to family after 73 years
Oct. 26 (UPI) -- A man who found a 1948 high school class ring while exploring with his metal detector was able to return the ring to the family of the man who lost it 73 years earlier.

Odd News // 22 hours ago
Boaters rescue dog found swimming a mile off Florida coast
Oct. 26 (UPI) -- A group of boaters journeying about a mile off the Florida coast ended up rescuing a lost dog they spotted swimming aimlessly in the ocean. 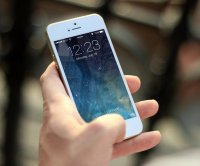 Odd News // 22 hours ago
Lost hiker ignored rescuers' calls, assumed unknown number was spam
Oct. 26 (UPI) -- A Colorado search and rescue team said a hiker lost on a mountain trail for about 24 hours didn't answer phone calls from the team because they assumed the calls were spam.

Odd News // 1 day ago
Louisiana neighbors surprised by wandering zebra
Oct. 26 (UPI) -- Residents of a rural area in Louisiana captured photos and videos when a zebra that was unhappy about its new pasture went for a run on the loose.