In 1587, Virginia Dare, the first child of English parents to be born in the New World, was born at Roanoke Island, N.C.

In 1916, Abraham Lincoln's birthplace in Kentucky was given to the U.S. government as a national shrine to the 16th president.

In 1920, the 19th Amendment to the Constitution, guaranteeing women the right to vote, was ratified by Tennessee, giving it the two-thirds majority of state ratification necessary to make it the law of the land.

In 1963, James Meredith graduated from the University of Mississippi. He was the first African-American to attend the school and his enrollment touched off deadly riots and necessitated the use of armed guards.

In 1976, President Ford was nominated in Kansas City, Mo., to head the Republican presidential ticket. He lost to Democrat Jimmy Carter in November.

In 1977, comedian Julious "Groucho" Marx, leader of the wacky Marx Brothers, died at the age of 87.

In 1990, U.S. warships fired warning shots over the bows of two Iraqi tankers, the first salvos of the U.S. embargo.

In 1998, in the wake of his admission of an affair with former White House intern Monica Lewinsky, President Clinton was urged to resign by several members of Congress and more than 100 daily newspapers.

In 2002, Abu Nidal, one of the most feared of the Palestinian terrorists, was found shot to death, an apparent suicide.

In 2003, Energy Secretary Spencer Abraham warned that consumers would have to pay $50 billion to upgrade the U.S. power transmission system.

Also in 2003, authorities estimated as many as 10,000 people had died in heat-related deaths in France during the ongoing brutal European heat wave.

In 2004, intelligence experts told a U.S. Senate panel the flaws in U.S. spy agencies cannot be fixed unless individuals who failed are made accountable.

Odd News // 4 hours ago
Woman finds snake slithering under vacuum in her cupboard
Feb. 24 (UPI) -- A London woman looking for a pair of shoes in a cupboard inside her apartment found something far more startling -- a snake. 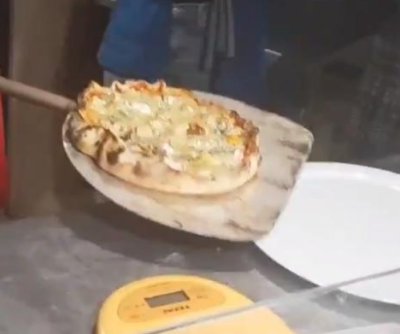