While viewers watched the senator from Massachusetts and his wife, Teresa Heinz Kerry, bask in the spotlight at Boston's FleetCenter moments after accepting the Democratic Party's presidential nomination Thursday, Mischer's voice suddenly overwhelmed the audio feed with several stressful calls of "Go balloons."

Washington Post TV columnist Tom Shales wrote Friday: "The failure of the balloons to fall was not nearly as big a fiasco as CNN foolishly fixating on them as if they were the story of the century and letting Mischer's shouting take up so much air time."

Odd News // 1 hour ago
Loose kangaroo captured by police in Florida city
July 16 (UPI) -- A wayward kangaroo made an unexpected appearance Thursday morning in a Florida city before being apprehended by police. 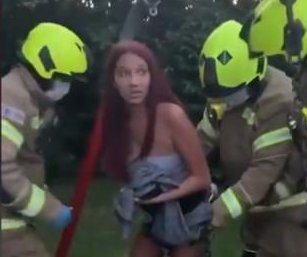 Odd News // 20 hours ago
Firefighters free teen from baby swing in TikTok stunt gone wrong
July 15 (UPI) -- Firefighters rescued a British teenager after she climbed into a baby swing to shoot a TikTok video and got stuck.

Odd News // 22 hours ago
Rare and smelly corpse flower blooms in Pennsylvania
July 15 (UPI) -- A Pennsylvania botanical garden is celebrating the blooming of a rare and particularly pungent plant known as a corpse flower.

Odd News // 23 hours ago
Stray iguana spotted sunning itself on Colorado rooftop
July 15 (UPI) -- Police and firefighters were summoned to a home in Colorado where witnesses reported a highly unusual sight: an iguana perched on the roof.

Odd News // 1 day ago
Cow wanders into Australian police station
July 15 (UPI) -- Police in Australia shared security camera footage from the moment a curious cow wandered up to a police station and decided to go inside. 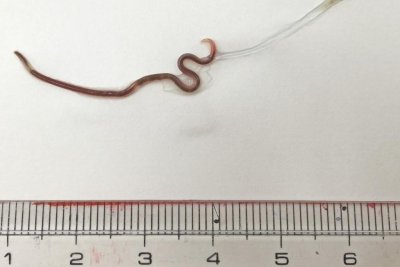