The moon is waxing. The morning stars are Venus, Uranus, Saturn and Neptune. The evening stars are Mercury, Jupiter, Mars and Pluto.

In 1948, legendary pioneer movie director D.W. Griffith, maker of several silent classics including the controversial "Birth of a Nation," died at the age of 73.

In 1967, one of the worst riots in U.S. history broke out on 12th Street in the heart of Detroit's predominantly African American inner city. By the time it was quelled four days later by 7,000 National Guard and U.S. Army troops, 43 people were dead, 342 injured.

In 1973, Watergate special prosecutor Archibald Cox served subpoenas on the White House after President Nixon refused to turn over tapes and documents.

In 1982, TV star Vic Morrow and two child actors were killed when a helicopter disabled by special effects explosives crashed on the set of "The Twilight Zone" movie.

In 1987, President Reagan named a 13-member national commission on AIDS.

In 1991, the Soviet government applied for full membership to the IMF and World Bank after the Group of Seven recommended a limited "special association" for the USSR.

In 1997, suspected serial murderer Andrew Cunanan was found dead--apparently by his own hand--on a houseboat in Miami.

In 1999, Air Force Col. Eileen Collins became the first woman to command a space shuttle flight with the launch of Columbia on a four-day mission.

Also in 1999, Minn. Gov. Jesse Ventura declared he would not be a Reform party candidate for president in 2000.

And in 1999, Morocco's King Hassan II, an influential leader in the Arab world, died at age 70.

In 2002, A laser-guided bomb fired from an Israeli warplane hit the Gaza City home of Shiek Salah Schehada, founder of the military wing of Hamas, killing him and 14 others and wounding more than 140. Nine of the victims were children.

In 2003, New York City Councilman James Davis was shot to death in City Hall by a potential re-election challenger, Othneil Askew, who was slain by police.

Also in 2003, the Massachusetts attorney general said an investigation indicated nearly 1,000 cases of abuse by priests and other church personnel in the Boston diocese over a span of 60 years.

Odd News // 8 hours ago
Netherlands birdwatchers surprised by rare flamingo visitors
Jan. 24 (UPI) -- Birdwatchers are flocking to a nature reserve in the Netherlands to catch a glimpse of some rare visitors to the county: a group of flamingos.

Odd News // 9 hours ago
Woman tracks down owner of photos found in thrift store album
Jan. 24 (UPI) -- A Pennsylvania woman who found a photo album filled with decades worth of pictures at a thrift store said she was able to find the original owners of the photos. 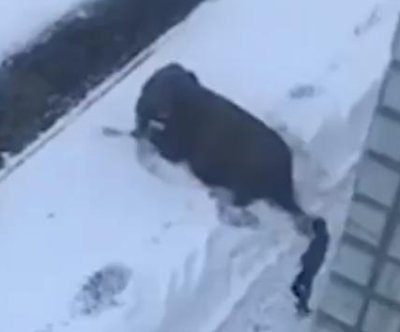 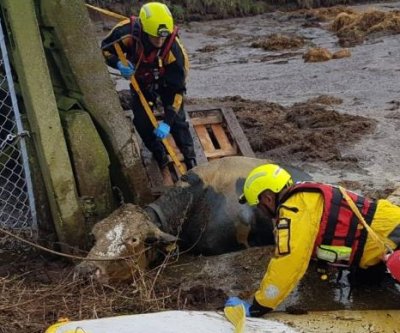 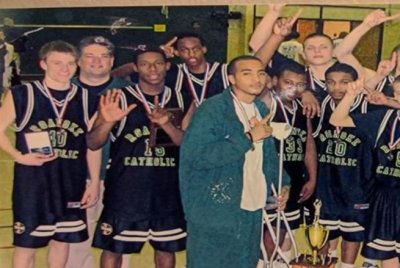