In 1893, President Cleveland underwent secret surgery to remove a cancerous growth in his mouth. The operation did not become public knowledge until a newspaper article about it was published on Sept. 22, 1917 -- nine years after Cleveland's death.

In 1898, Teddy Roosevelt and his Rough Riders led the charge up Cuba's heavily-fortified San Juan Hill in a key Spanish-American War battle.

In 1941, NBC broadcast the first FCC-sanctioned TV commercial, a spot for Bulova watches shown during a Dodgers-Phillies game. It cost Bulova all of $9.

In 1946, the United States conducted its first post-war test of the atomic bomb, at Bikini Atoll in the Pacific. In 1979, Sony introduced the Walkman, known as the Soundabout, in U.S. stores. It sold for about $200. In 1990, the West and East German economies were united as the deutsche mark replaced the ost mark as currency in East Germany. In 1991, the Warsaw Pact ceased to exist. In 1992, a gunman opened fire in a Fort Worth, Texas, courtroom, killing two lawyers and wounding three other people. He later surrendered at a TV station. In 1993, Congress completed action on an economic stimulus bill that fell far short of what President Clinton wanted. Also in 1993, President Clinton unveiled a plan for logging in federal old-growth forests in the Pacific Northwest that would also protect the northern spotted owl. In 1994, the U.N. Security Council authorized a commission to investigate "acts of genocide" in Rwanda. In 1995, legendary radio disk jockey Wolfman Jack, born Robert Smith, died.

In 2002, cannon fire and bombs from a U.S. Air Force AC-130 struck a town in southern Afghanistan. Killing about 50 people, including members of a wedding party. U.S. officials said the plane had been fired on.

Also in 2002, in a rare high altitude accident, as passenger airliner collided with a cargo plane over Germany, killing all 71 aboard.

In 2003, President Bush blamed rogue elements for the daily attacks on U.S. troops in Iraq and claimed coalition forces were making steady progress in Afghanistan and Iraq.

Odd News // 5 hours ago
Men caught on camera hitching a ride on back of Baltimore bus
Jan. 17 (UPI) -- A traveler on a Maryland road captured video of two young men catching a free ride on the back of a Maryland Transit Administration bus.

Odd News // 5 hours ago
Crews rescue struggling dog from freezing Washington state river
Jan. 17 (UPI) -- Firefighters, police and animal rescuers responded to a freezing river in Washington state to save a dog that was unable to climb out of the water.

Odd News // 8 hours ago
Pigeon spotted in Nevada wearing tiny sombrero
Jan. 17 (UPI) -- Officials in a Nevada city said they are trying to find and rescue a pigeon seen wandering around with a sombrero apparently glued to its head.

Odd News // 8 hours ago
Overturned truck releases 1,738 piglets onto Iowa highway
Jan. 17 (UPI) -- Police and animal rescuers responded to a highway in Iowa to round up more than 1,700 piglets that escaped from an overturned truck.

Odd News // 10 hours ago
Escaped horse rides city bus in Wales
Jan. 17 (UPI) -- A horse found running loose in the streets of the Welsh capital was captured by witnesses and loaded onto a bus for a brief ride.

Odd News // 23 hours ago
Stanford researchers' PigeonBot provides insight into mechanics of bird wings
Jan. 16 (UPI) -- A team of scientists at Stanford University created a robot from pigeon feathers to better understand the mechanics of how birds fly. 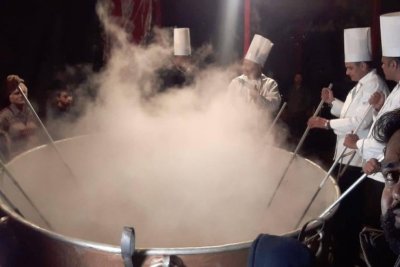 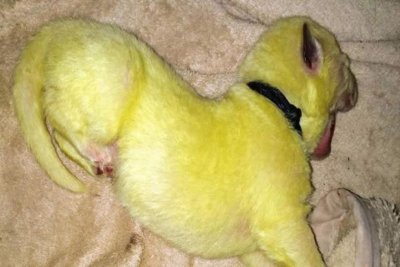