LOS ANGELES, June 10 (UPI) -- Although he never achieved major stardom in Hollywood, Ronald Reagan nevertheless left his impression on the entertainment industry as a two-time president of the Screen Actors Guild.

"It can be said that Ronald Reagan got his start in politics at the Screen Actors Guild," said current SAG President Melissa Gilbert.

It has also been noted that Reagan's entry into politics resulted largely from his professional relationship with MCA, a powerful entertainment company that not only produced programming but also served as an agency, representing many of the same actors it hired for extensive TV work in the '50s and '60s. Through his relationship with MCA head Lew Wasserman, Reagan came into contact with many of the California movers and shakers who would later become his "kitchen cabinet" during his tenure as governor of California and help prepare the path for his successful run for U.S. president.

Apart from a handful of memorable roles -- including his dramatic turn in "King's Row" and his signature part as George "The Gipper" Gipp in "Knute Rockne All American" -- Reagan's screen career came up considerably short of memorable, according to Richard Jewell, professor of film studies at the University of Southern California.

"If he hadn't gone on to the political career he would be almost totally forgotten except among film buffs," Jewell told United Press International.

Reagan starred in some films, but his bread and butter as a contract player at Warner Bros. was supporting work.

"He was somebody who got to be the top banana in the cheap films," said Jewell, "but he was typically in support of somebody like Errol Flynn or Bette Davis in the more expensive A-films."

Jewell, who joined the USC faculty in 1976 and specializes in American cinema of the '30s and '40s, recalled the famous story about studio head Jack Warner's reaction when he was told that Reagan was planning to run for governor of California.

"No, no," said Warner. "Jimmy Stewart for governor, Ronald Reagan for best friend."

It has long been accepted truth that Reagan was originally supposed to play Rick Blaine in the World War II classic "Casablanca." Author Aljean Harmetz dispelled the notion in the book "The Making of Casablanca" when she traced the story to a routine studio news release that had been issued simply to get Reagan's name in the entertainment press at a time when he was not working on a particular picture.

No doubt, the movie would have been substantially different with Reagan in the lead instead of Humphrey Bogart.

"If they had tried to put Ronald Reagan across as this expatriate saloon owner who had lived this incredible life and who was ready to kick back and not think about the world going to hell in a hand basket," said Jewell, "nobody would have believed it."

But the studio experience did prepare Reagan for the next phase of his life, as a pitchman on TV. Between pictures, contract players routinely went through all sorts of training -- including work on interacting with the public and dealing with the media.

"All that training ... paid off big time in terms of his political career," said Jewell. "He was very well trained to be a public figure by the Hollywood motion-picture machine."

Reagan served twice as SAG president, from 1947-52, and again from 1959-60. Gilbert called the times "one of the most challenging moments in our union's history, as the rise of television significantly impacted the compensation and working conditions for the nation's screen actors."

Gilbert's prepared statement stopped short of recalling Reagan's controversial role in a 1952 contract negotiation that resulted in MCA being allowed to act as both agent and employer for actors. Kathleen Sharp, author of the recent best seller "Mr. & Mrs. Hollywood" -- a biography of Wasserman and his wife Edie -- told UPI that Reagan essentially gave MCA a "sweetheart deal" in those talks.

"In a backroom deal without SAG members knowing about it, he and the board allowed only this agency to both represent actors and hire them for profit and TV shows," said Sharp. "Ten years later the U.S. Department of Justice claimed that was highly illegal and that led to the demise of the agency. And Ronald Reagan was under investigation at that time for what every other union has called a sweetheart deal with management."

Sharp said the deal did not become controversial until other agencies began asking for the same deal five or six years later and were unable to get it.

During Reagan's second term as SAG president, Sharp said, he negotiated a deal with studios and producers that became known as "the great giveaway" -- negotiating away residuals that actors had been paid for TV plays of pre-1960 movies. Sharp said performers, including Mickey Rooney and Judy Garland, lost out on millions of dollars in residual payments.

Reagan supporters argued that in return for the residuals, he got the studios and producers to establish a pension fund for actors.

"But that pension fund, one could argue, did not equal in value the enormous rerun pot that the older actors would have gotten if they had been paid for every time 'King Kong' had aired, or 'Meet Me in St. Louis,'" said Sharp.

During the 1950s, said Sharp, Reagan began to develop what would become, in many cases, lasting relationships with important figures in business -- including Walter Annenberg, who founded TV Guide in 1953 and went on to become a member of Reagan's "kitchen cabinet."

"He was beginning to realize the importance of progress and capitalism and beginning to lose some of his union activism," said Sharp.

During that time, Reagan became familiar to TV viewers as the host of "General Electric Theater" and "Death Valley Days."

If politics hadn't worked out, said Jewell, Reagan might have managed to age gracefully as a character actor. In his last screen role -- as a menacing bad guy in director Don Siegel's 1964 remake of the 1946 Burt Lancaster film noir "The Killers" -- Jewell said Reagan gave a convincing performance.

"It's about the only performance I ever saw from him in which he was not a positive character," said Jewell. "He comes across as a formidable bad guy. I remember when he was president and the people that hated him loved to show that movie, because it showed the man as really evil. As he aged and lost the youthful good looks, he could have been a powerful character actor if he had been willing to take on roles like that where he was the real, real bad guy." 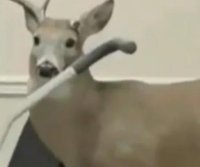