Most in the workday world look forward to summer as an opportunity to kick back and relax, either through less hectic weeks, leisurely weekends or outright stretches of vacation. Jazz musicians enjoy the summer months because work is plentiful and often steady.

Throughout the Northern Hemisphere, literally hundreds of jazz festivals take place during the summer months. Big cities, rural resorts, the pastoral countryside, valleys and mountaintops become settings for a robust amount of music just about everywhere except inside the Arctic Circle.

It's a phenomenon whose roots stretch back 49 years to the first American Jazz Festival, held on the stately grass courts of the Newport Casino tennis club in Newport, R.I. By the following year, the granddaddy of today's festival format had become the Newport Jazz Festival, an event that has had a checkered history.

While a lower key festival continues in Newport today under the same steady hand of founding producer George Wein and the sponsorship of the Japanese electronics maker JVC, more attention is given to festivals modeled on the Newport format.

In his newly published autobiography, "Myself Among Others: A Life in Music," Wein credited the important contributions of countless other festival producers who have extended the legacy that he began in Newport in 1954.

"Whether it's one of the many festival producers throughout the world or the concert promoters, or the individual nightclub owners struggling night to night -- their contributions are essential to the history and future of this music," Wein wrote. "I'm glad to have been part of this process: in the development of the jazz festival; the acceptance of this music as art; the efforts to bring jazz to a larger audience worldwide."

Among the major draws or showcases this year are a series of performances by bassist Dave Holland's creative Big Band; saxophonist Wayne Shorter's new quartet; and an extensive U.S. and overseas tour by trumpeter Roy Hargrove's new 10-piece band RH Factor, an exciting, genre-busting blend of jazz, R&B and hip-hop. The festivals also will introduce more jazz audiences to the R&B of singer India.Arie, the pop-singing of multiple-Grammy winner Norah Jones and the pop and rock influenced jazz trio, The Bad Plus.

The 2003 JVC Jazz Festival in New York, June 15-28 at multiple venues in the city, including Carnegie Hall, Lincoln Center and Harlem's Schomburg Center for Research in Black Culture, is taking a page this year from the Montreal International Jazz Festival.

For years, Montreal has included an "Invitation" series that features one or two musicians performing in different contexts and with different "dream" bands over four or five nights apiece -- and sometimes overlapping on the middle night of the run.

Back in Newport one of the more interesting developments of the past three years has been a second Harbor Stage to showcase emerging artists and established groups lacking the star power draw of the main stage. Without fail, it has produced the weekend's most interesting music, as should be the case this Aug. 9-10 with singer Lizz Wright, Kendrick Oliver and The New Life Jazz Orchestra, the Dewey Redman quartet, The Bad Plus, The Detroit Experiment and The Spanish Harlem Orchestra.

And as the tropical sun diminishes, a variety of Caribbean festivals will pop up, as will at least four jazz festivals at sea aboard Miami-based cruise ships.

Odd News // 22 minutes ago
Wisconsin Supreme Court justice sworn in during 100-mile run
Aug. 3 (UPI) -- A Wisconsin woman took a break from her 100-mile ultramarathon run at mile 35 to be sworn in as a justice of the state Supreme Court. 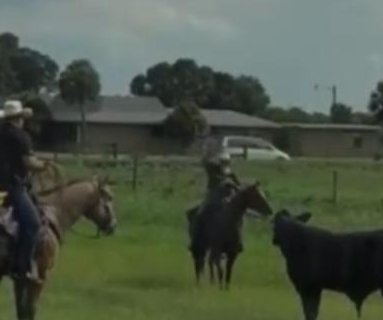 Odd News // 2 hours ago
Deputies on horseback lasso loose bull in Florida
Aug. 3 (UPI) -- Deputies in Florida were summoned to a stretch of highway to lasso a loose bull that was posing a hazard to rush-hour traffic.

Odd News // 3 days ago
Leopard wanders through town after game preserve escape
July 31 (UPI) -- A leopard escaped from a game preserve in South Africa and was spotted wandering through streets and residential yards before being recaptured.