Since forming in 1998, Drive-By Truckers has become one of the most talked about bands in the United States. Fans and critics alike have embraced their take-no-prisoners approach that recalls the heyday of Southern rock. The excitement generated by their first three indie-released CDs took a major leap with the release of their 2001 opus, "Southern Rock Opera," which garnered a four-star review in Rolling Stone and wound up on many Best of 2001 CD lists. "Decoration Day" was produced by David Barbe (Sugar, Son Volt, The Glands) and recorded at Chase Park Transduction Studios in Athens over a two-week period.

"We are thrilled to be signing with New West Records," Hood said. "They are a class act from the ground up on every level. We are very proud to be a part of their fantastic roster. There is absolutely no better home for 'Decoration Day' and we look forward to a long and prosperous relationship. We also must note our elation at being label mates with our very dear friends, Slobberbone."

The Strokes, Interpol, The Rapture, Radio 4, The Walkmen and Unitard are among the contributors to "Yes New York," an anthology of the new New York rock scheduled for release June 3 on Wolfgang Morden Records. Some of the most exciting music on the globe right now is coming out of small clubs in lower Manhattan and run-down studios in Williamsburg, Brooklyn.

Led by The Strokes, the post-punk/art-garage rock explosion in New York City is breathing new life, new style, and a new attitude into music. "Yes New York" (named in tribute to 'No New York,' the Brian Eno-produced, New York rock scene compilation from 1978) features 16 tracks by the new guard, the leaders of the New York rock scene in 2003. Bookending the record are two exclusives: a live Strokes recording of a song never before released in the United States, and the first ever released track from Unitard, the secret alter egos of a band who's song they are "covering."

Also noteworthy are four productions by architects of the New York dance-rock sound the DFA with songs by the Rapture, Radio 4, lcd soundsystem, and a Le Tigre remix. Proceeds from "Yes New York" will benefit Musicians On Call, a non-profit organization dedicated to bringing music and musicians into hospitals. All the songs collected here were donated by the artists.

Steely Dan will hit the road this year for the first time since 2000 to promote the band's upcoming Reprise release, "Everything Must Go." The tour starts July 23 in Costa Mesa, Calif., and runs through Aug. 31 in Syracuse, N.Y., where they will play the New York State Fair. The album, originally scheduled for May 6 release, has been pushed back to June 10. Steely Dan co-founders Donald Fagen and Walter Becker have assembled a group featuring drummer Keith Carlock, keyboardists Ted Baker and Bill Charlap, and guitarists Jon Herrington and Hugh McCracken for the tour.

Fans of Tori Amos will get the opportunity to create a music video for her next single, "Taxi Ride." Epic Records, in partnership with Apple QuickTime and RollingStone.com, has created the online contest, "Tori's Taxivision." Participants are invited to visit toriamos.com, rollingstone.com or apple.com for the opportunity to submit their most unique ideas via any moving medium -- animation, video, etc. All submissions must be received by May 16. A "short list" of finalists, chosen personally by Amos, will be announced on toriamos.com. Fans then will be able to vote for their favorites from May 23-30, and the winning video, selected by Amos, will be broadcast by QuickTime exclusively in the industry standard Mpeg-4 format for 30 days on toriamos.com. A top prize of $2,000 will be given to the person with the most creative and inspired interpretation of "Taxi Ride."

Rhino Records, which started out selling old vinyl records, has come full circle with the announcement of a new imprint, Rhino Vinyl, a label dedicated to making classic recordings available again in the format of their original release. The first titles, a trio of albums by the Grateful Dead, arrive at retail April 22. Rhino Vinyl releases will be carefully mastered and pressed on 180-gram vinyl for best-quality analog reproduction. Featuring deluxe packaging that reflects the original issue -- and takes full advantage of the medium's 12-inch sleeves -- Rhino Vinyl albums will be distributed through the Alternative Distribution Alliance to retail stores and sold directly to consumers at rhino.com. The initial batch of releases on Rhino Vinyl are three of the most popular titles from the Grateful Dead: "Live/Dead," "Workingman's Dead," and "American Beauty." 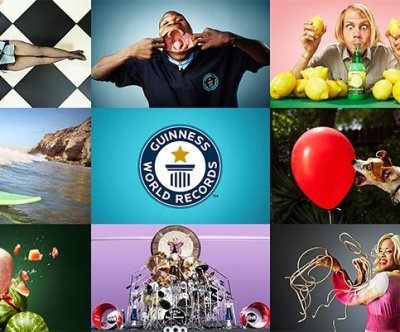