In 1797, Nathaniel Briggs was awarded a patent for the first washing machine.

In 1881, P.T. Barnum and James A. Bailey merged their circuses to form the "Greatest Show on Earth."

In 1968, the counterculture musical "Hair" opened on Broadway.

In 1979, a failure in the cooling system at the nuclear power plant on Three Mile Island in Pennsylvania caused a near-meltdown. It was the worst accident ever at an American civilian nuclear facility.

In 1991, just days before the 10th anniversary of the attempt on his life, former President Reagan endorsed a seven-day waiting period for handgun purchases, reversing his earlier opposition.

Also in 1993, French voters rejected the ruling Socialists and gave the conservative alliance a crushing majority in legislative elections.

In 1994, pre-election clashes between Zulu nationalists, the ANC and police claimed 53 lives in Johannesburg, South Africa.

In 1997, an Italian warship collided with an Albanian ship crowded with refugees, causing an undetermined number of deaths.

In 2001, a suicide bomber killed two Israeli teenagers as they waited for a school bus in Jerusalem.

In 2002, the Justice Department said it would seek the death penalty against Zacarias Moussaoui, the only person charged at the time as a co-conspirator in the Sept. 11 terrorist attacks.

A thought for the day: Seneca wrote, "What difference does it make how much you have? What you do not have amounts to much more." 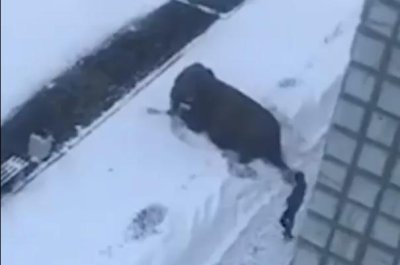