The film adaptation of the musical "Chicago" won the Oscar for best picture at the 75th Academy Awards ceremony in Los Angeles Sunday.

The other big winner of the night was "The Pianist," which earned Adrien Brody the title of best actor and Roman Polanski the trophy for best director. The film, which was based on the true-life story of a Polish concert pianist whose passion and talent kept him alive while others were sent to Nazi concentration camps, also won the prize for best adapted screenplay.

Nicole Kidman was named best actress for her turn as Virginia Woolf in the drama, "The Hours," while Chris Cooper won the award for best supporting actor for his performance as an eccentric orchid thief in "Adaptation."

Eminem won the Oscar for best song for his "8 Mile" song "Lose Yourself." Like Polanski, he was not present to receive the award.

Shut out were Julianne Moore, nominated for best supporting actress for "The Hours" and best actress for "Far From Heaven" and Martin Scorsese's epic drama, "Gangs of New York."

While the emotionally charged evening featured plenty of requests for prayers and peace, the Oscar winners and presenters appeared to choose their words carefully, respectfully explaining that they love America and wish to see its soldiers return safely and quickly home.

Only one person, filmmaker Michael Moore, whose controversial film "Bowling for Columbine" won the best documentary award, used the opportunity to loudly criticize President Bush. Declaring Bush a "fictitious" president and the conflict in Iraq a "fictitious" war, Moore was eventually booed off the stage.

"Far From Heaven," a drama about a crumbling suburban marriage, homosexuality and interracial romance, swept the IFP Independent Spirit Awards.

"Far From Heaven" stars Julianne Moore and Dennis Quaid nabbed the awards for Best Actress and Best Supporting Actor, while the film was named Best Feature and Todd Haynes Best Director. The drama, which also won the trophy for Best Cinematographer Edward Lachman, beat out "The Good Girl," "Lovely and Amazing," "Secretary" and "Tully" for the honor.

Derek Luke took home the trophy for Best Lead Actor for his performance in "Antwone Fisher," while Emily Mortimer was named Best Supporting Actress for her work in "Lovely & Amazing."

"My Big Fat Greek Wedding," considered the most successful independent film and romantic comedy of all time, won one award for Best Debut Performance for writer/star Nia Vardalos.

Organizers of the IFP Independent Spirit Awards call the event a celebration honoring films made by filmmakers "who embody independence and who dare to challenge the status quo."

Queen Latifah reigned over the box office for a third weekend in a row with two movies in the top five.

"Bringing Down the House," Latifah's comedy with Steve Martin, held the No. 1 spot, while her musical "Chicago" once again came in No. 5.

Studio estimates released Sunday showed "House" earned another $16.2 million, bringing its three-week total to $83.4 million, while the Oscar-nominated "Chicago" still is dazzling them after 13 weeks in release. Co-starring Latifah, Renee Zellweger, Catherine Zeta Jones and Richard Gere, the film adaptation of the Broadway show made another $6.2 million at the box office, bringing its total to date to $134.1 million.

Debuting at No. 2 this weekend was the alien thriller "Dreamcatcher," which sold $15.5 million in tickets, followed by the spy kid comedy "Agent Cody Banks," which earned $9.2 million its second weekend in theatres.

Opening at No. 4 was the Gwyneth Paltrow-Mike Meyers airline comedy, "View from the Top," which made $7.7 million since Friday.

GLOVER TO STAR IN 'MASTER HAROLD'

Beloved actor Danny Glover returns to Broadway this spring in the new production of "Master Harold... and the boys."

Michael Boatman ("Spin City") and Christopher Denham will co-star with Glover ("Lethal Weapon," "The Color Purple") in the Roundabout Theatre Company's staging of the Athol Fugard drama starting May 6 with an official opening date planned for May 29.

Hally has been confronted with two very different role models for his imminent adulthood: his bigoted drunken father, and the black man who has been his friend and lifelong mentor. By the end of the day, his life course has been set in motion on an unexpected path.

Winnie the Pooh's faithful sidekick Piglet finally has gotten a big-screen adventure of his own: "Piglet's Big Movie" opened Friday.

The full-length animated Disney film stars all the beloved characters of the One Hundred Acre Wood and features seven songs written and performed by Grammy Award-winning singer/songwriter Carly Simon.

The kid flick earned $6.1 million and opened in the No. 6 slot at the box office this weekend. 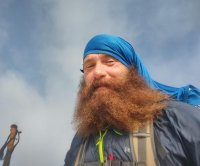 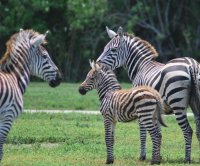